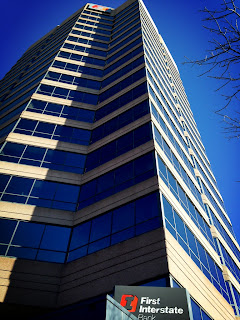 Located at 401 North 31st Street, in the West Downtown neighborhood of Billings Montana, the First Interstate Center stands 272 feet from ground to tip. It has served as the corporate headquarters for First Interstate Bank since its opening in June of 1985. One of the less formidable conquests on my schedule, it offers 20 floors, plus a basement, and is still the highest building in the northern Rocky Mountain area. 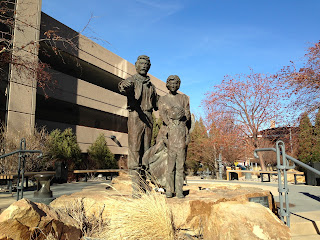 With its steel frame and red curtain wall façade, the tower itself is a gleaming monument to modern architecture. Its character and appeal are enhanced by the presence of five  bronze statues by artist MikeCapser collectively titled Pioneers Vision.

I ran the stairs on this building in February 2013. You can also view the full list of the tallest building in each of the 50 United States.