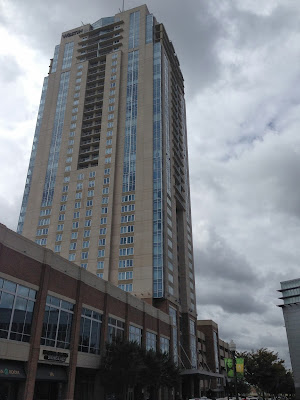 The Westin Hotel and Luxury residence in Virginia Beach Virginia is the tallest building in the state of Virginia. On September 22 2013 I run up the stairs from the sidewalk outside to the door to the roof entrance. 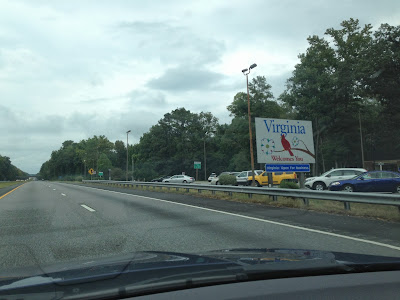 I was in Raleigh North Carolina for two weeks of sales training with Saturday and Sunday free. After mapping out the tallest buildings in the neighboring states I decided this Westin would be the best option. It was a beautiful 3 1/2 hour drive to get to Virginia Beach. I am not familiar with this part of the country but was impressed to see all of the Navy ships in Norfolk Virginia. I have never seen so many aircraft carriers or security cameras lining the highway. 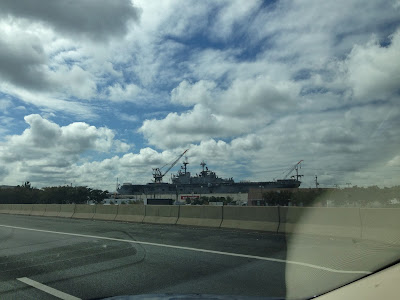 Once I arrived at the Westin hotel I was not that overwhelmed by the size of the building at 38 stories. When there is not an official race at a building it can be difficult to get into the stairwell for some of the bank buildings. I figured this hotel wouldn't be a problem on the weekend. After dinner I decided to change into my workout gear and make the run. I started on the lobby floor and thought it was interesting to have a glass door just off the valet area as the entrance for stairwell 1. 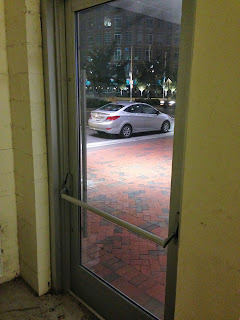 I set my timer and began to climb. Each level of steps were very short with only 8 steps. Since I always skip a step it was an easy 4 steps then I was twisting around to the next set of stairs. I used the rail to pull myself up and make the turn easier so my time was moving at a good pace....until I reached the 15th floor and was stopped in my tracks by a metal door. 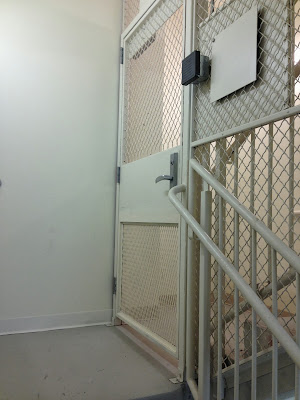 It is always a strange conversation to talk to someone about my goal to run up the tallest building in each state and that I need their help to get me in the stairwell. This security guard was nice and kind of laughed about it. He told me there was a race there over the past two years but the residents of the building were not happy to have it there so they are not allowing it to continue. 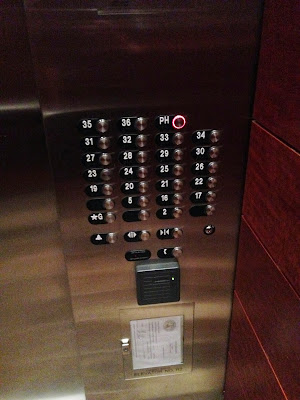 After a good discussion he decided to take me to the Penthouse level. I entered a large room on the top floor with a great view of the city. Funny thing is I never could see the beach in any direction even from the top of the building. 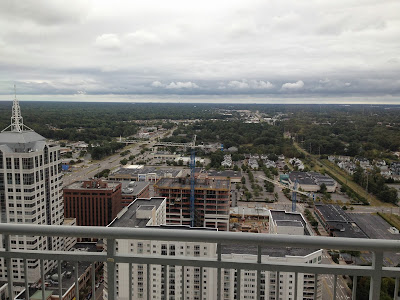 He let me into the stairwell on the Penthouse level and told me I could do whatever I needed to do but to just exit into the hotel when I was finished. I thanked him then began my journey down to the 16th floor to where I was stuck earlier. 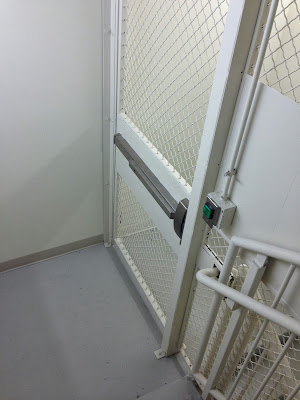 This was not my typical run straight up the building but this would work. I restarted the timer and finished my run up to the roof door in the stairwell. 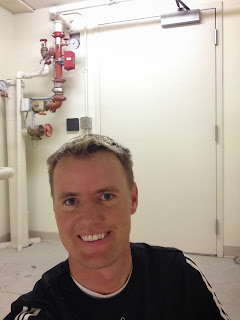 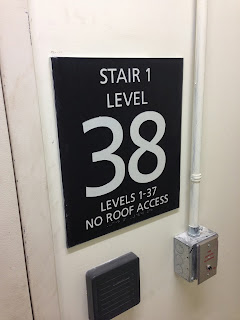 In all it took me 5 minutes 6 seconds, that time is not a straight run up so it would have been a little longer if it was all at once. I took a break at the top then started my climb back down to the security gate. 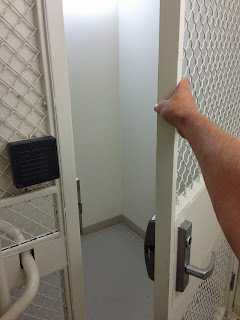 I exited the gate then entered the 15th floor where my hotel room was waiting for a nice rest after the up and down climb. Mission accomplished. This is my 5th state I can now pass off my list...I'm 10% done! 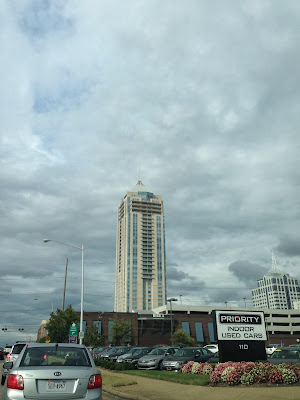