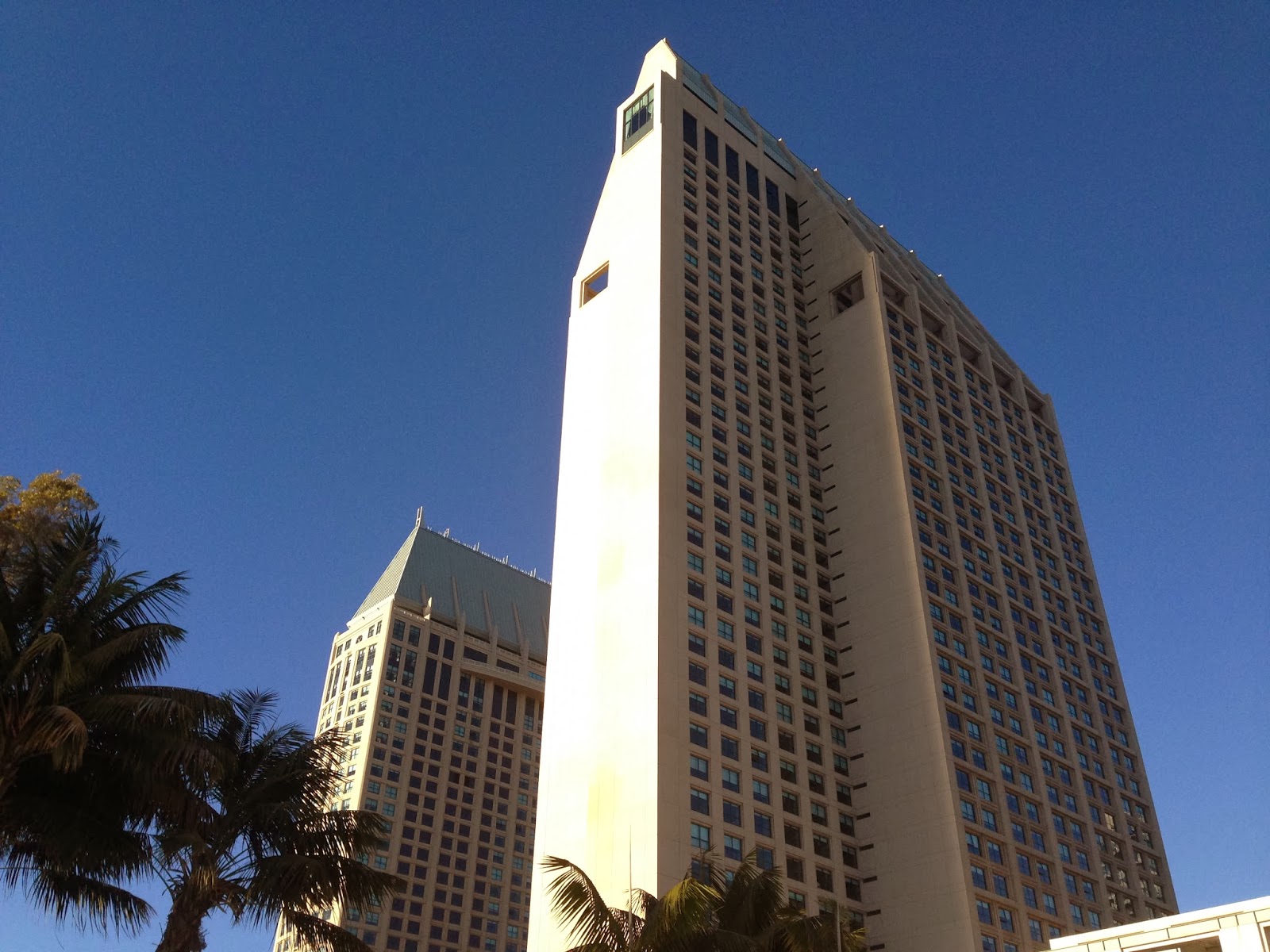 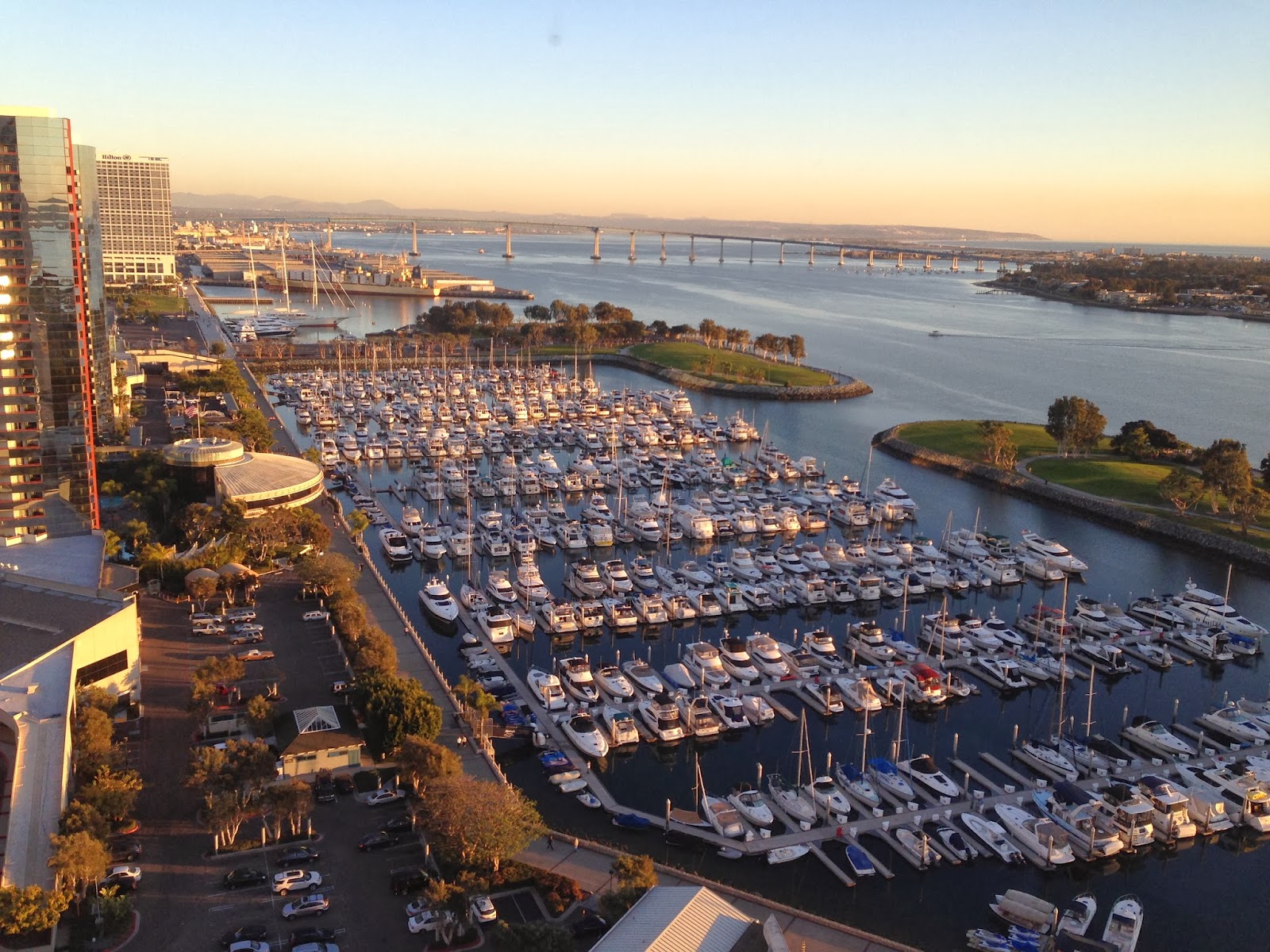 San Diego has many different skyscrapers but they all have something in common. None of them are over 500 feet tall. When you fly into San Diego it is easy to notice that the airport is right next to the city. Due to this the city has a height restriction on buildings downtown that has been
in effect since the 1970's. The tallest building in San Diego is only three feet taller than the Hyatt.

The Manchester Grand Hyatt is near on of the top tourist attractions in San Diego, the decommissioned aircraft carrier that is now a museum parked in the harbor. The Grand Hyatt does look very tall at 397 feet yet it is interesting to note that the USS Midway is 1000 feet long. If it were turned pointed in the air it would be two times taller than the tallest building in San Diego…..impressive.
With all these unique facts I couldn’t pass up the opportunity to stay at this hotel while here on business and run the stairs even though I am typically a Hilton and Marriott loyalist. 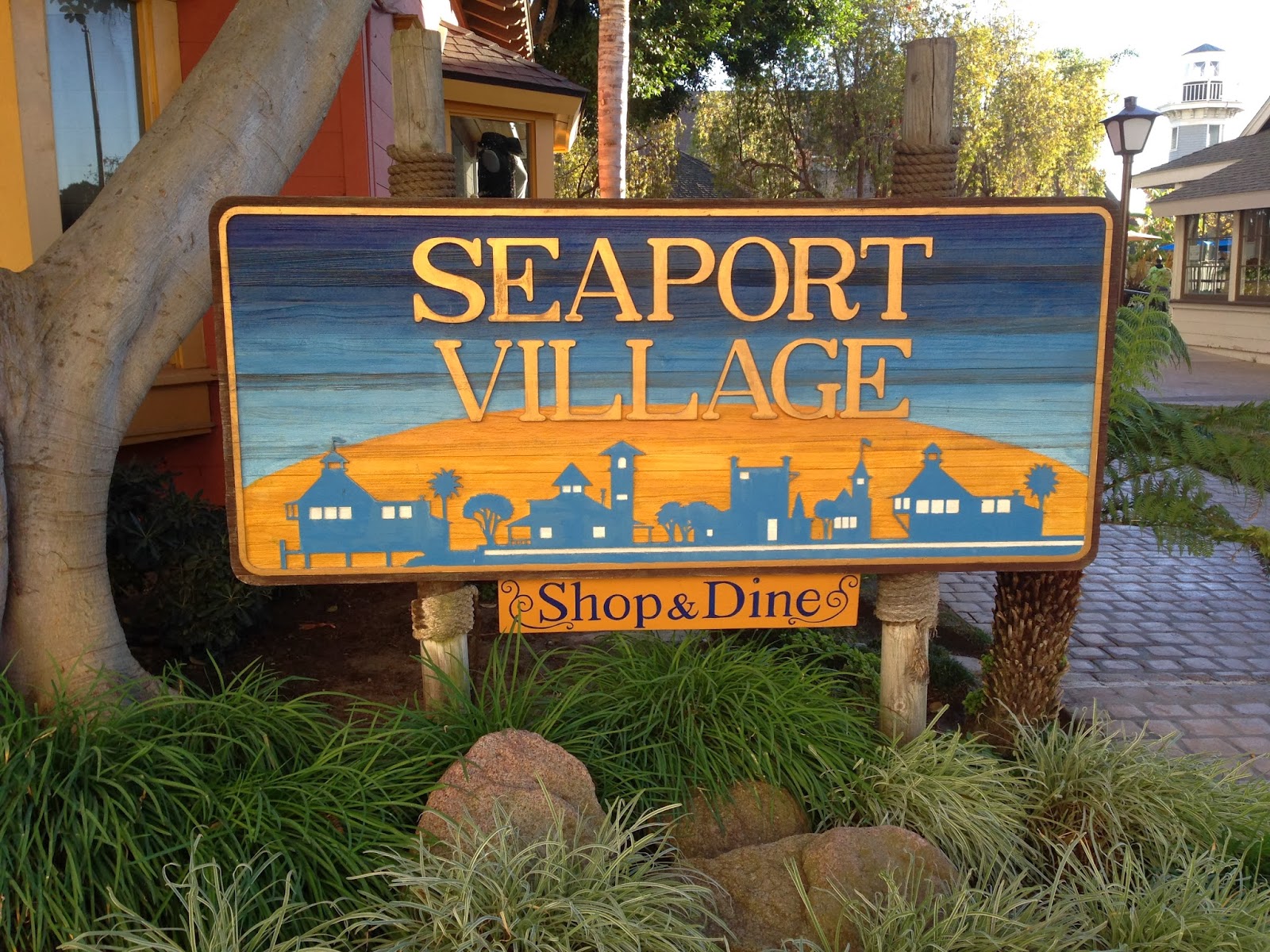 I first warmed up by running on the sidewalk at the marina just outside the doors of the hotel. With million dollar yachts and beautiful shops all along the boardwalk makes it hard to want to go workout in an inside stairwell.
It can be difficult finding a good entrance to stairwells on the first few floors of large convention type hotels. I took the elevator to the 7th floor where the rooms were and then found my way to the stairwell. I then took the winding path down the stairwell until I was at the doors on sea level.

The run up the stairs were 40 floors with an additional set of stairs leading up to the roof. It only took 5 minutes but was a good workout for my lungs. I was able to exit on the 39th floor and look out the window to see the beautiful view. 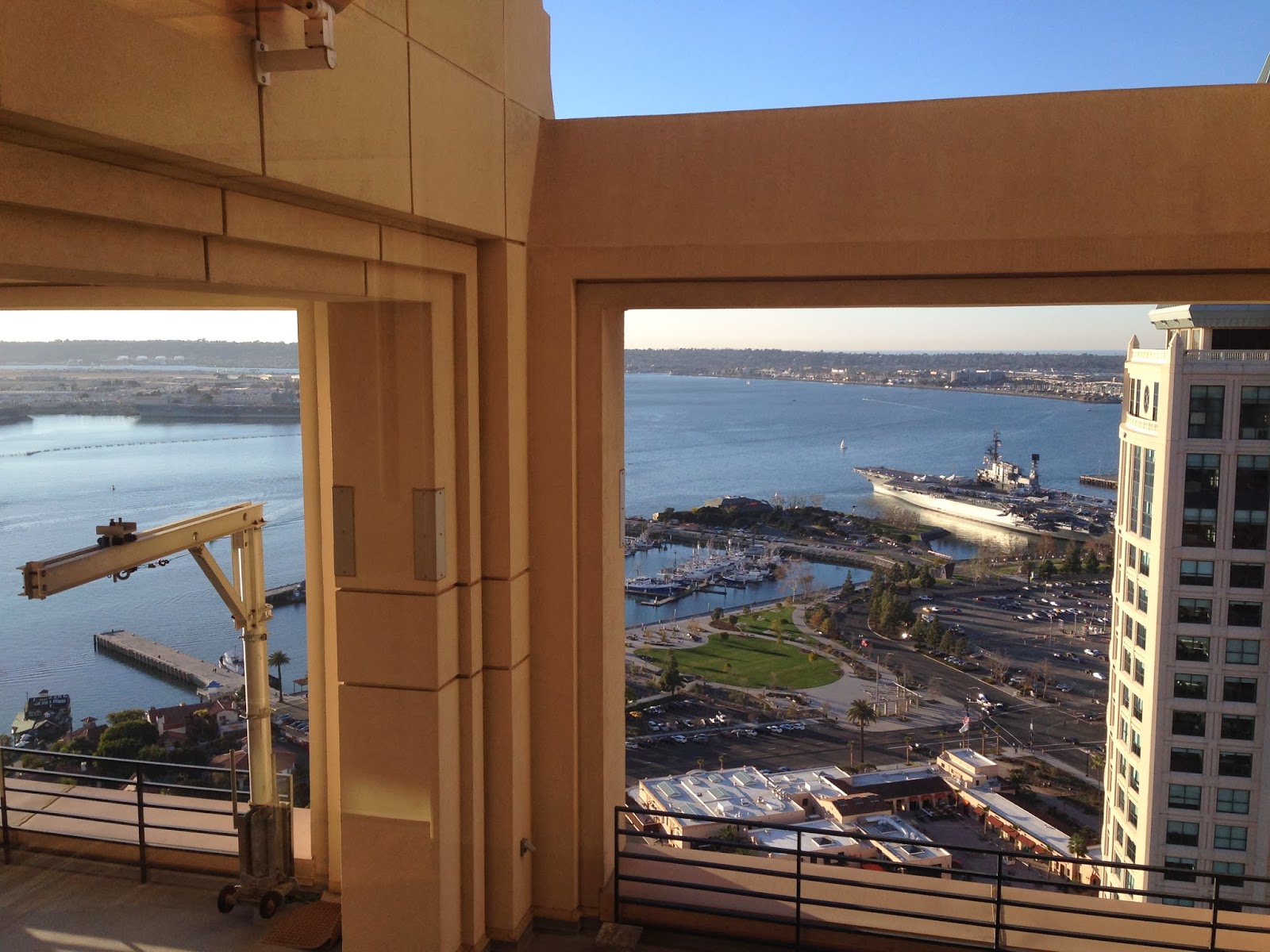 On the 40th floor there is the Top of the Hyatt bar that is looks out onto Coronado Island, the harbor and the beautiful sunset. I was able to walk by the bar and enjoy the view from the windows.


From my two days in San Diego I learned that it is a very special place. The food is incredible, the traffic is minimal, the weather year round is magical…..If only the home prices were more reasonable and the taxes were less. But I guess if that were the case more people would move there. For now I will move San Diego to the top of the list of places I need to visit with the family.
Posted by Lincoln