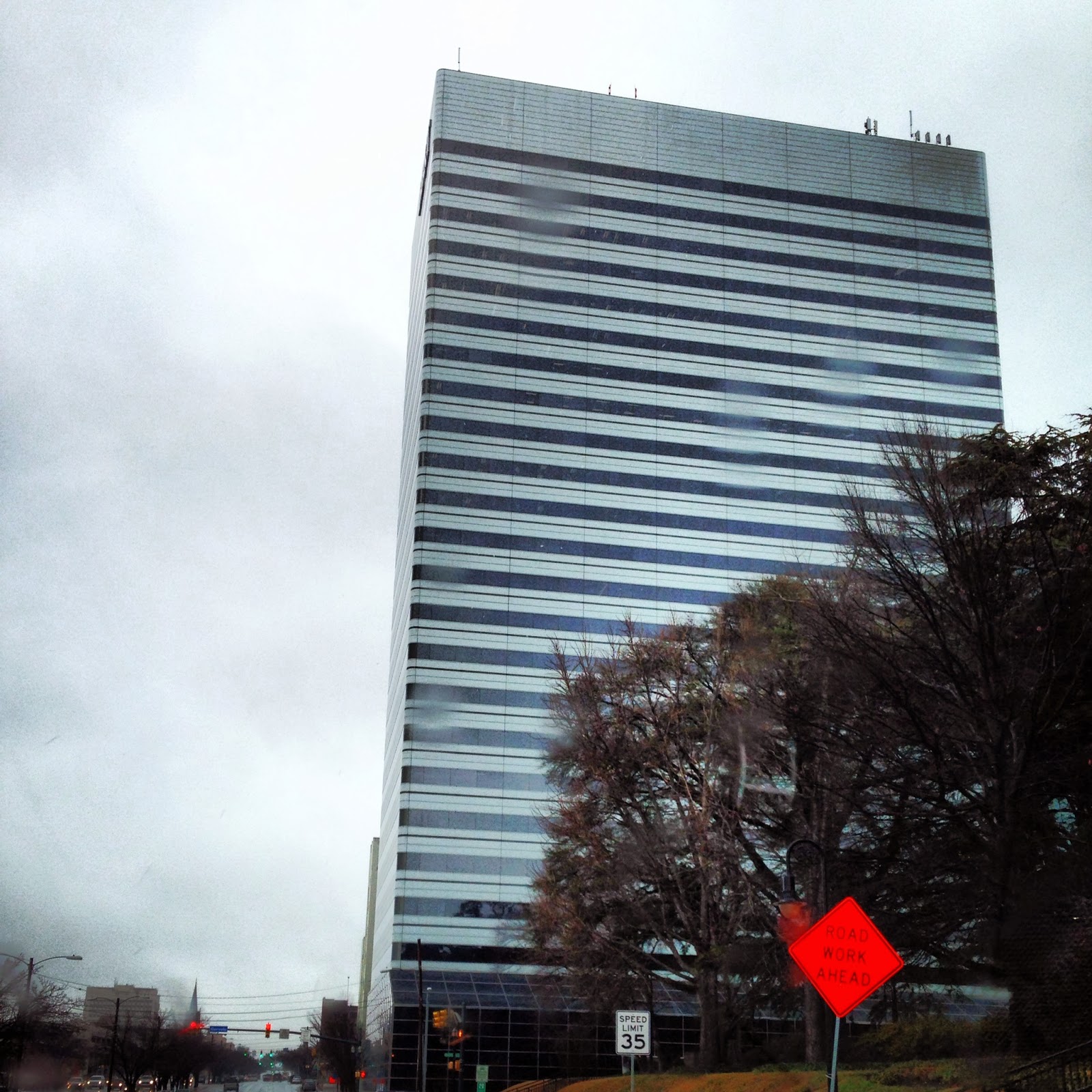 On February 11 2014 I ran the stairs of the tallest building in South Carolina, the Capital Center in Columbia.


With this run I have now run up the tallest building in 8states.  I am finding that each state has its own unique circumstances that are making this quest more fun than I would have imagined. 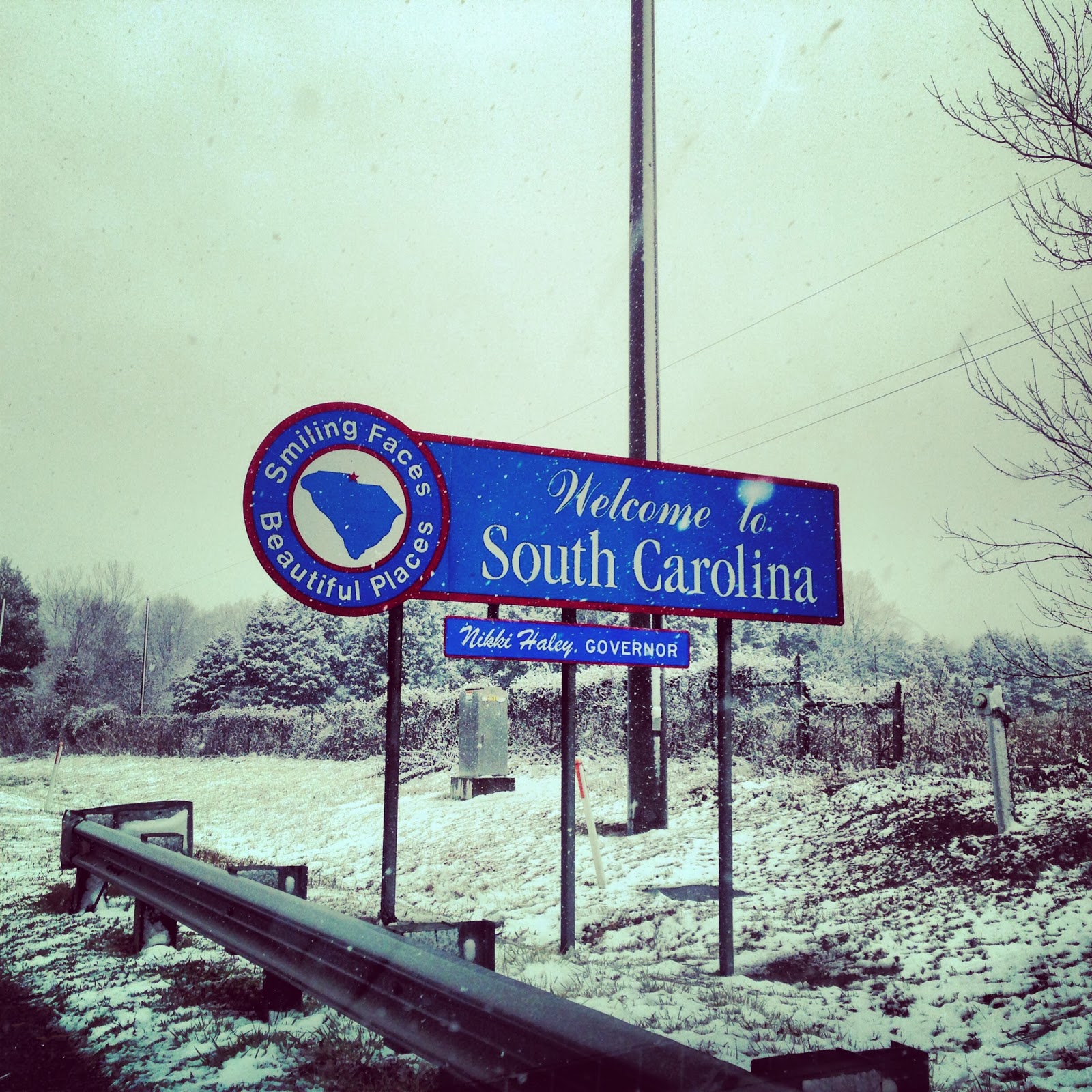 I had a training meeting for work scheduled in Raleigh North Carolina this week. I decided to fly in a day early so I could drive to Columbia to attempt to run this building. I landed around 11:00 pm and drove south to Rock Hill South Carolina to stay the night and drive the 90 minutes to Columbia in the morning. I needed to be back by 5:45 pm for a work event.

When I left Utah the snow on our putting green in the backyard had all melted for the first time in 3 months and it was 50 degrees. I checked the weather when I arrived in Rock Hill and saw that a major ice and snowstorm was heading directly for South Carolina and North Carolina, the weather channel called it winter storm PAX.....when did they start naming winter storms??

It looked like it would be below freezing until 10:00 am so I decided to not leave the hotel until then. I began the 90-minute drive to large snowflakes falling fast. They don’t have many snow plows in the south so I knew If it snowed/iced too hard I would be stuck in Columbia for days which would not go over well with my employer. I started considering turning around and skipping this run…but really how often am I going to have an opportunity to go to South Carolina for minimal costs so I continued. 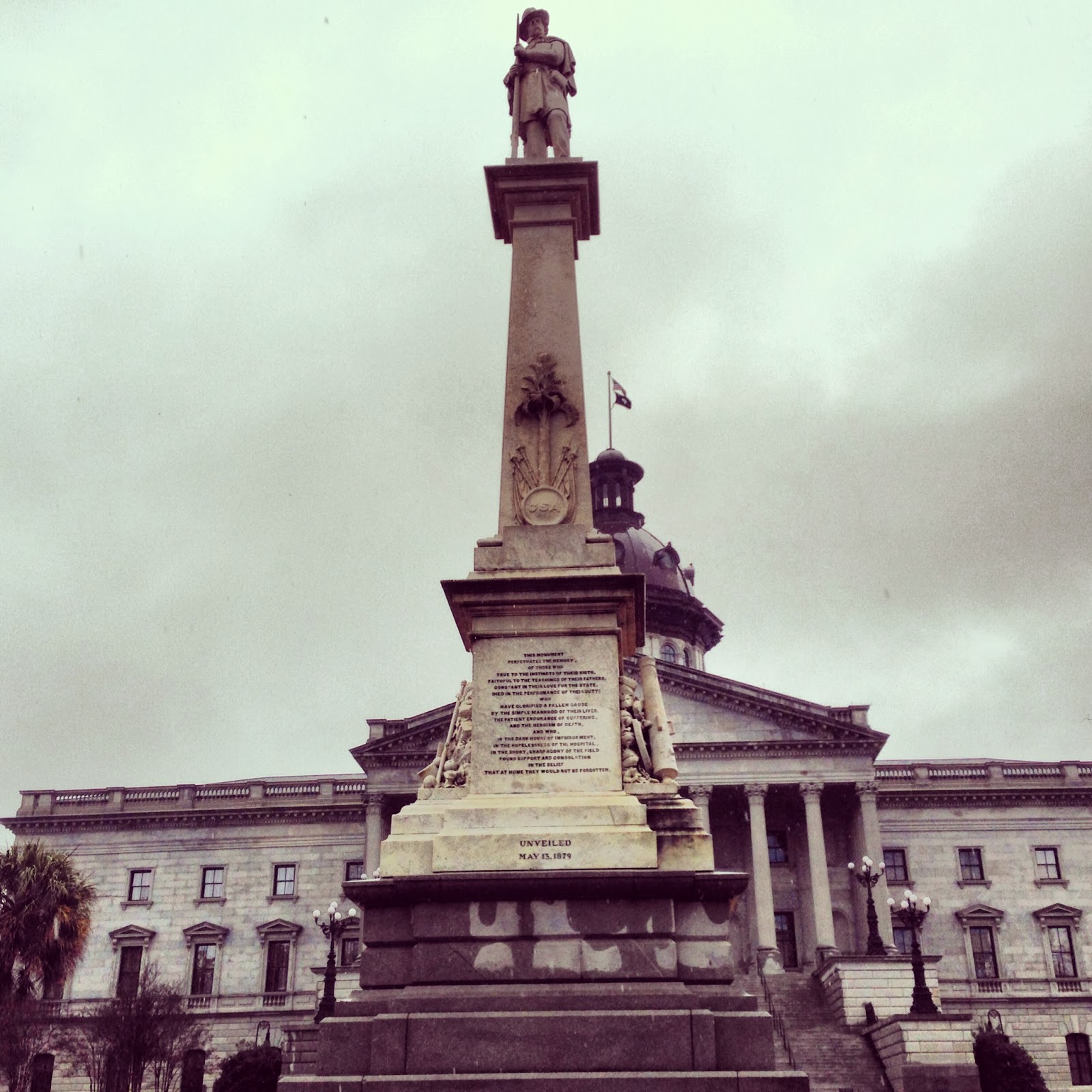 Once in Columbia the snow had turned to mostly rain. I pulled up next to the building and noticed the South Carolina state capital building was directly across the street. If it wasn’t the largest snowstorm in 20 years I would have taken time to tour the building, but for this trip pulling over, rolling down the window for a picture is all I was able to do.

I parked in the covered parking garage in the rear of the building and entered onto the 2nd floor. There is a little restaurant where I bought bottled water then sat down to change into my running shoes and survey the area. 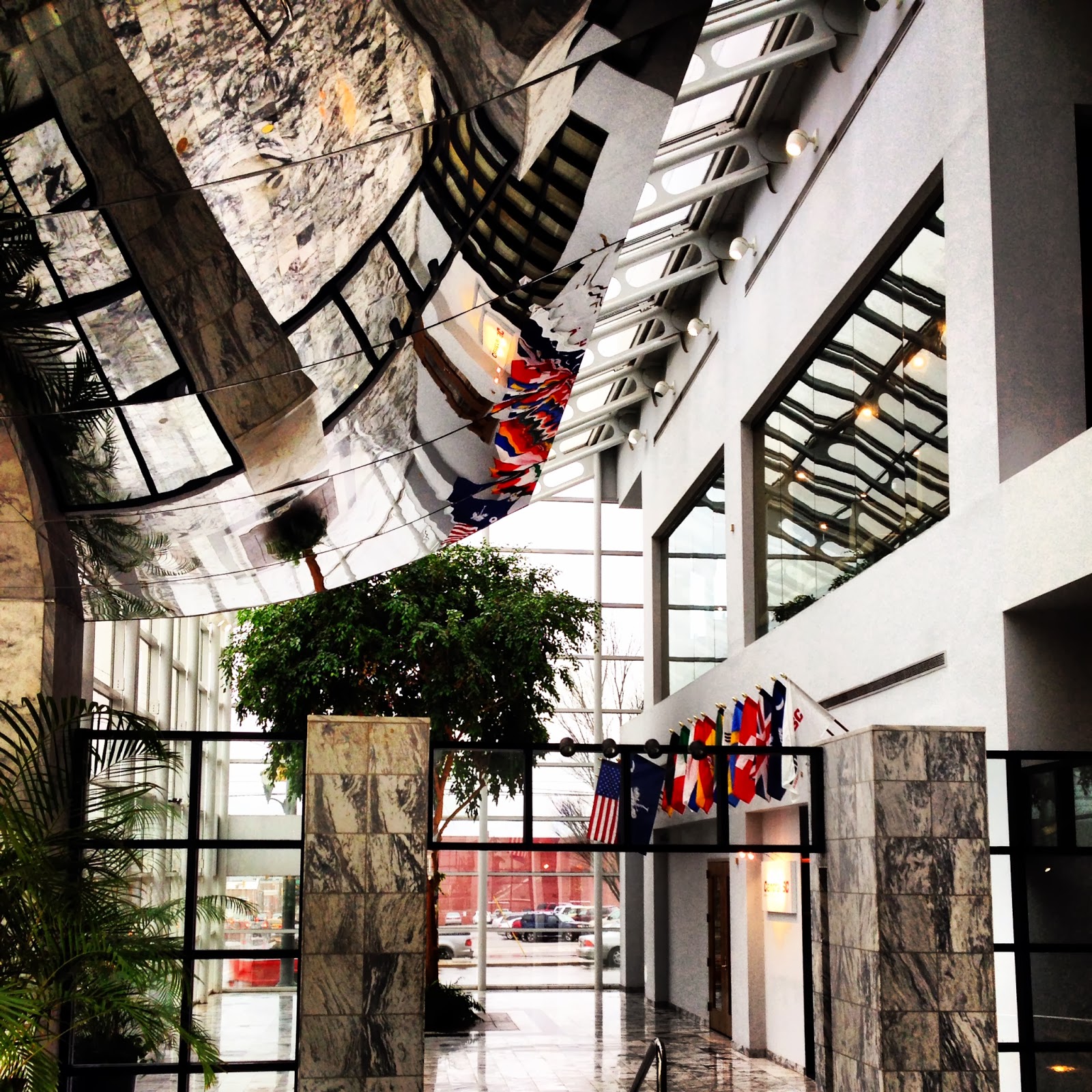 The 2nd floor is open to the 1st floor and there were two security guards at their stations. I saw the information for the property manager and the unlocked door to the stairwell. It had a beautiful lobby area on the first floor. 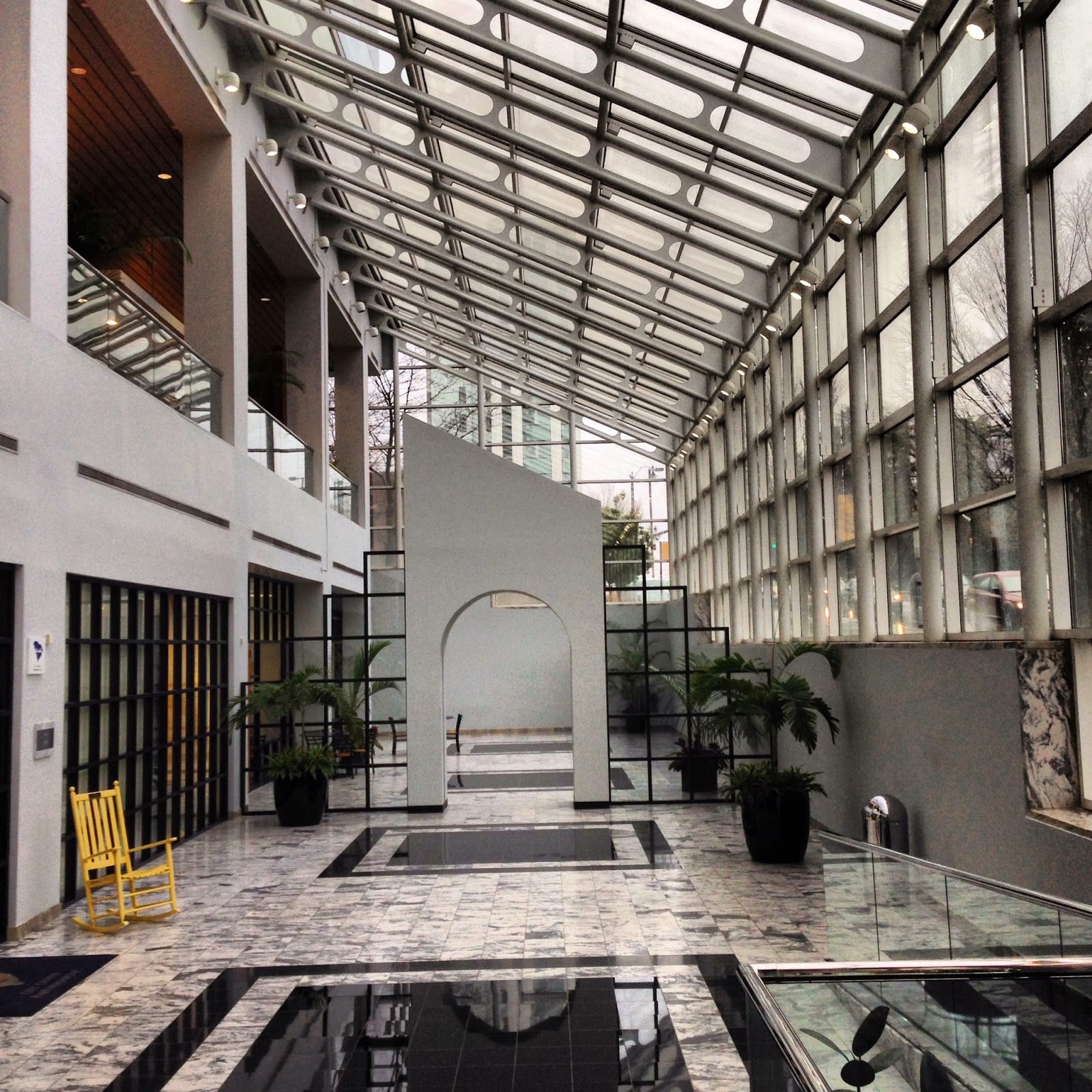 My typical process for running these buildings includes talking the property manager and getting official approval to make the run in the building. Considering the stairwell was open, there were no signs indicating I couldn’t enter and most importantly I didn’t have the time to get approval I decided to just go for it and hope to go unnoticed. 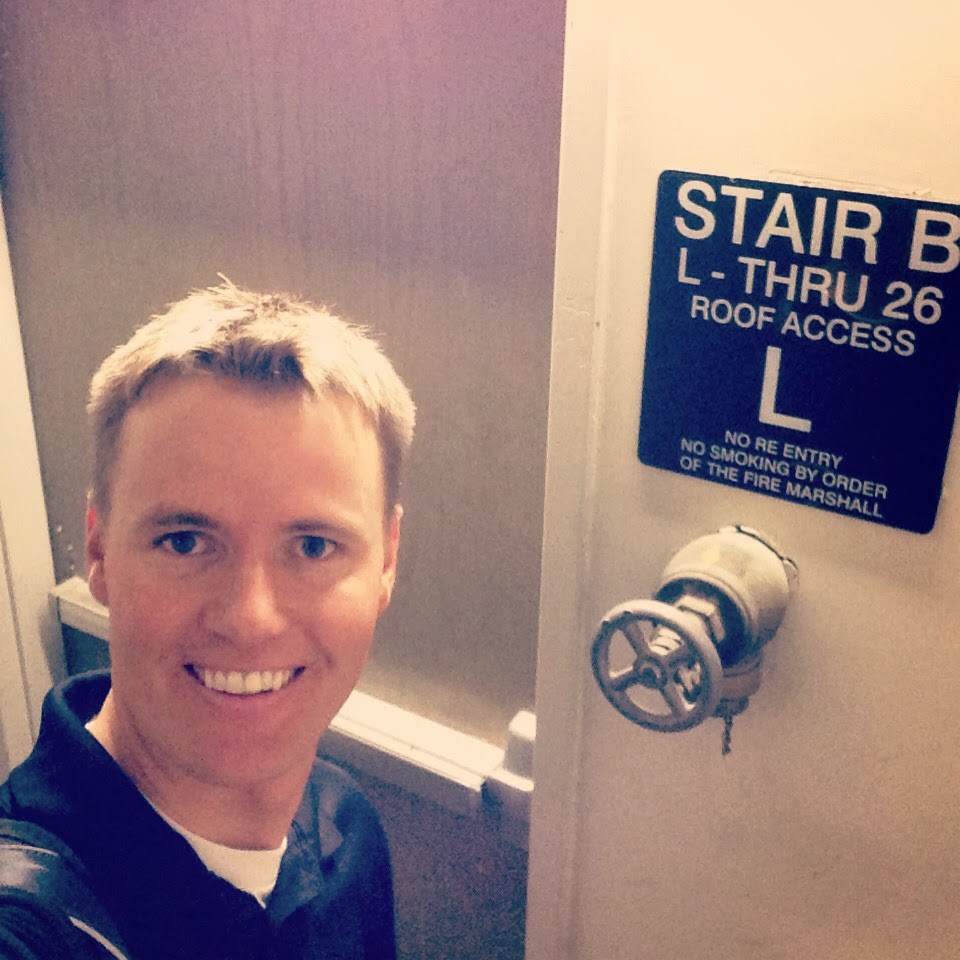 I entered the stairwell on the second floor, walked down to the 1st floor and dropped my backpack. Decided to run the 26 floors in my jeans and golf shirt I was already wearing.  I took a quick picture and sprinted up the first 12 floors before I got tired. I continued up to the 26th floor and then there were stairs continuing to the door to the roof. It was very dark and creepy up there. I stopped my timer at 4 minutes 35 seconds then started back down. 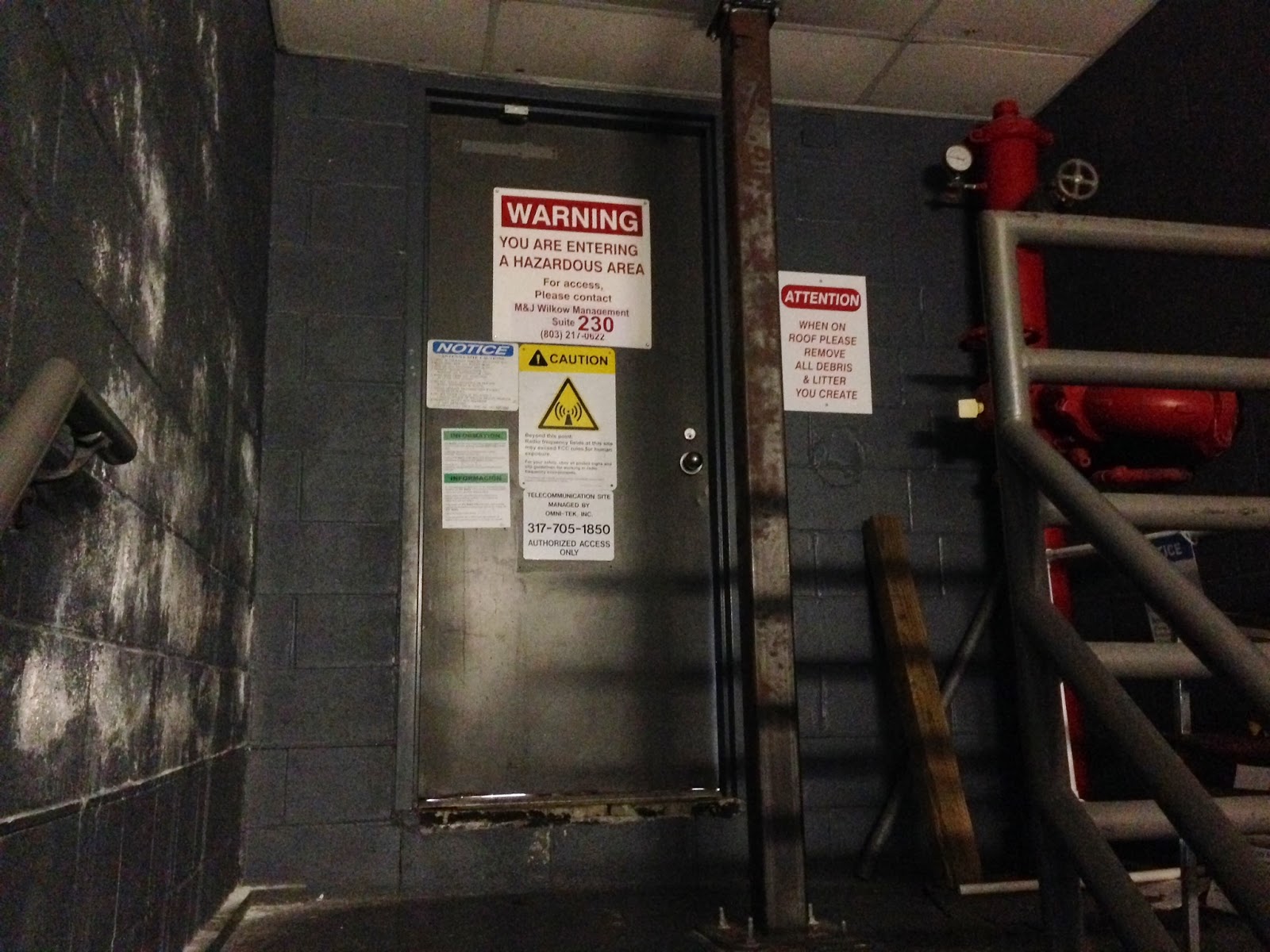 When I was on the 24th floor I thought I should take a picture with me there as proof I was there. As I was taking my ‘selfie’ I heard the door on the 23rd floor open.  Right as I was taking the picture I looked down a little as you can see. 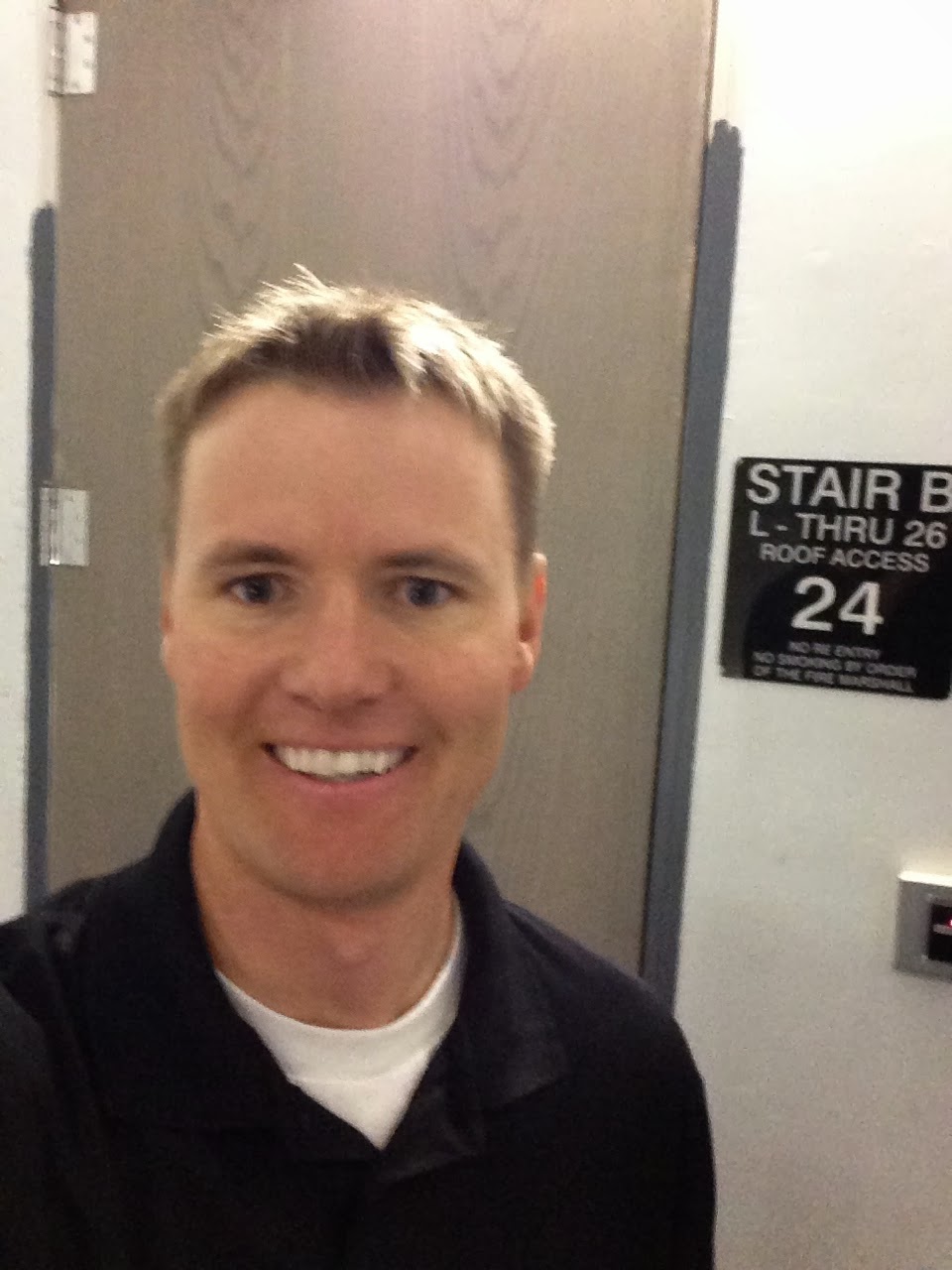 Many times employees that have two floors they work on will take the stairs to be quicker. I figured this was the case but sat quietly to see if this person would go down a floor rather than up. Then I saw a man in a suit walking up so I started walking down and acted surprised when we met around the corner and I said in a startled voice “Oh....Hi there.” To which he responded somewhat confused “Hello.” 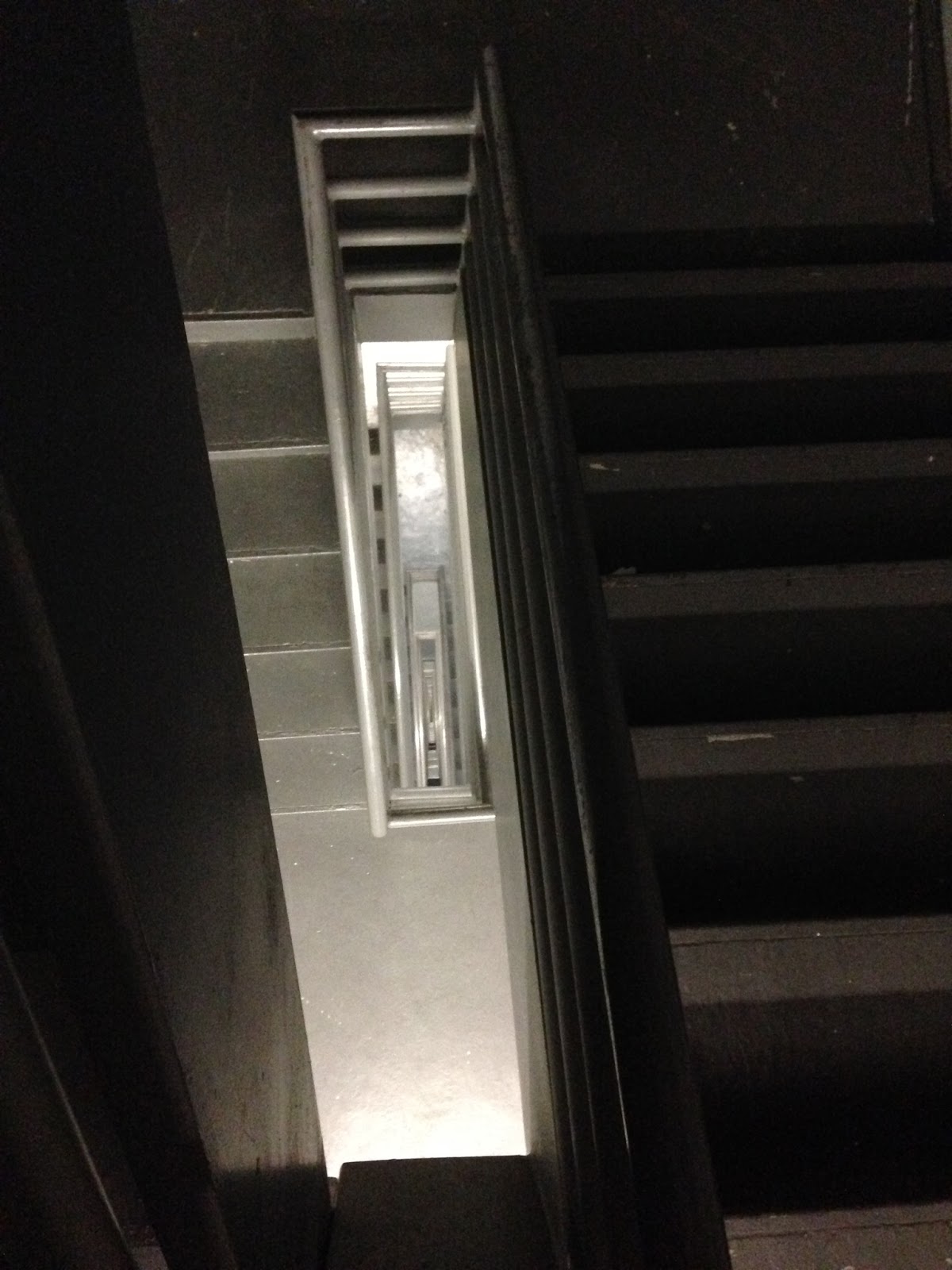 After he entered the office building I bolted down the stairs to the first floor, grabbed my backpack walked past security to my car and was on the snowy road to Charlotte.

I made it back to Charlotte, returned the rental car and headed to a Charlotte Bobcats NBA basketball game with my coworkers for the night.

The next two days the airport and city were shut down and luckily Thursday afternoon the snow stopped an hour before my flight and I was on one of the first flights out of Charlotte in days. This was certainly a fun experience and I am happy to have South Carolina off my list. Next up is Colorado this weekend. 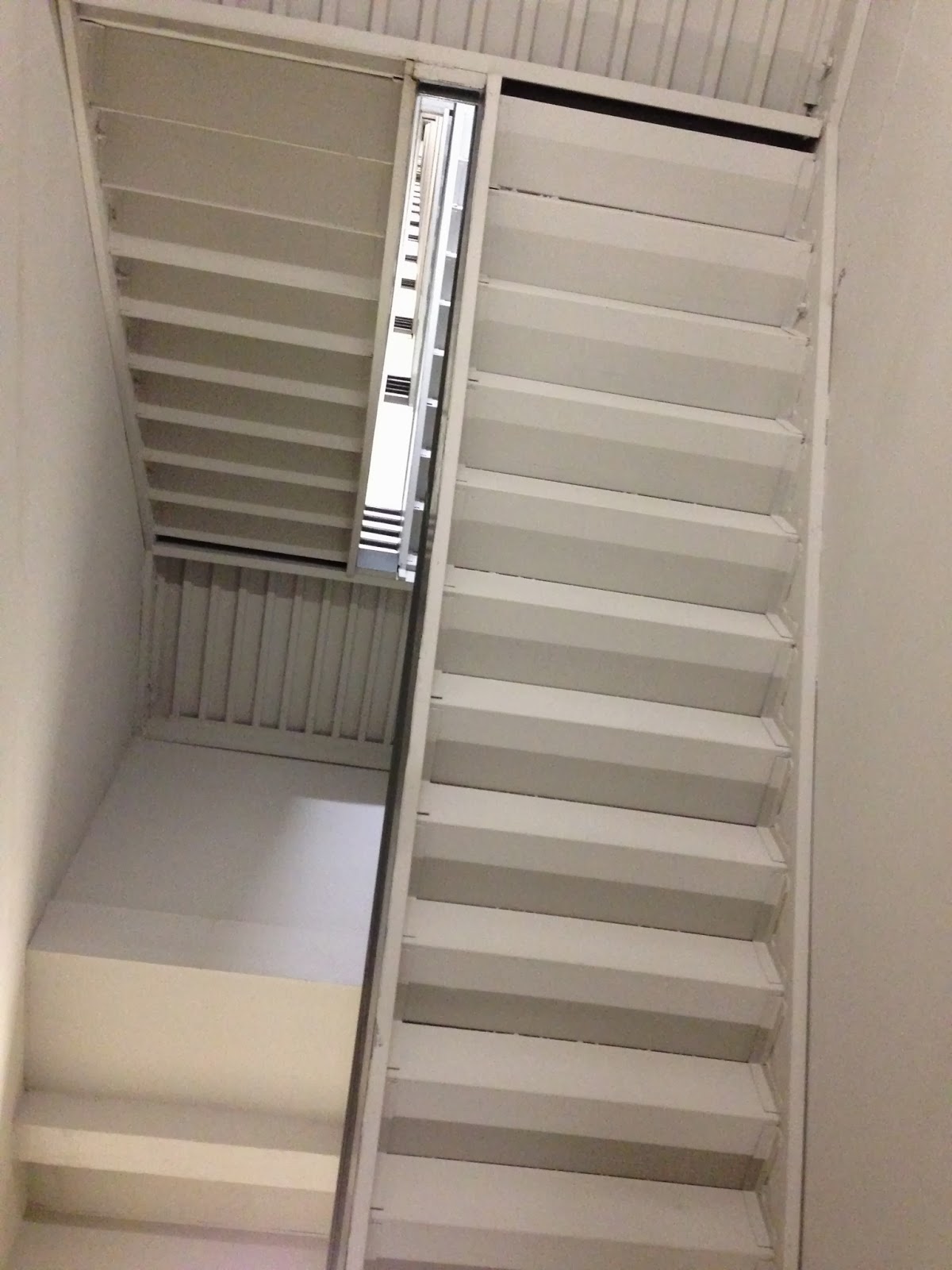