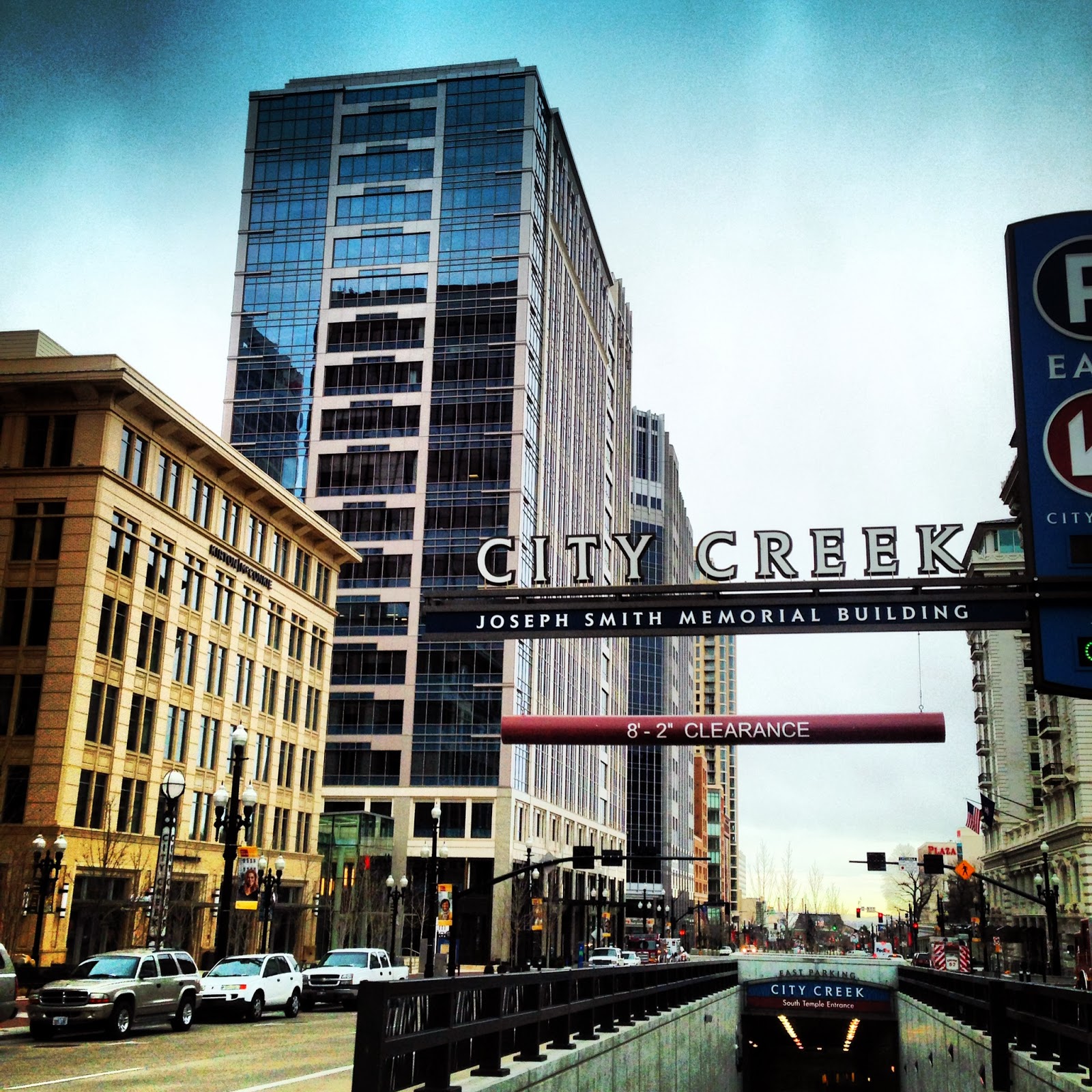 On Saturday February 23, 2014 I ran in the American Lung Association Fight for Air climb in Salt Lake City Utah at the Zions Bank building.

This building is 18 stories tall and 256 feet tall so this race is a sprint race. Last year the race was in the Wells Fargo building which is the tallest building in the state of Utah. From what I heard at the event Zions bank employees really stepped up to help ALA and that is the main reason for the switch. There were 18 employees from Zions Bank spending their Saturday volunteering to help the race run smoothly...pretty impressive.

In my quest to run the tallest building in each of the 50 states I was quite disappointed for the change. I live in Utah and have waited for almost a year to run in this race. The day the online registration opened I was the first person to register. The website still listed Wells Fargo center as the building the race would be in. It wasn’t until a week before the race when looking for the start times did I find out it had switched. By that point I had already paid the $35 registration fee and $50 donation which my company matched.

After all of that there wasn’t a point in complaining, I had never done a short race so I prepared to run an 18 story race. My strategy was to run as fast as I could skipping steps until my lungs hit a wall then walk briskly skipping steps to the top. I only made it 7 floors when I had to slow down.

I made it to the top in 2 minutes 26 seconds  and spend 15 minutes laying on the ground with my head pounding from the blood pumping through it. I was pretty exhausted and the EMTs kept a close eye on me from across the hall. I really should have warmed up more.
After the race there was a party in a large room overlooking Temple Square and all of downtown Salt Lake City. It was a great view. One amazing aspect of these ALA races is the involvement of the firefighters. Many of the local firefighting crews come, wear 80 pounds of gear, including oxygen tanks and masks then they run up the stairwell. These guys are in such amazing shape.
When the results are announced and awards given they start with the firefighter group and add up the total time of the 4 fastest firefighters from each station. The winning station was Park City Firefighters and they were given a very cool ax with an engraving of each years past station winners.
When they showed the results for men over the age of 14 there were around 45 in this group and surprisingly I was in 3rd place. It was the first time I have ever placed in the top three for a race. Pretty cool! 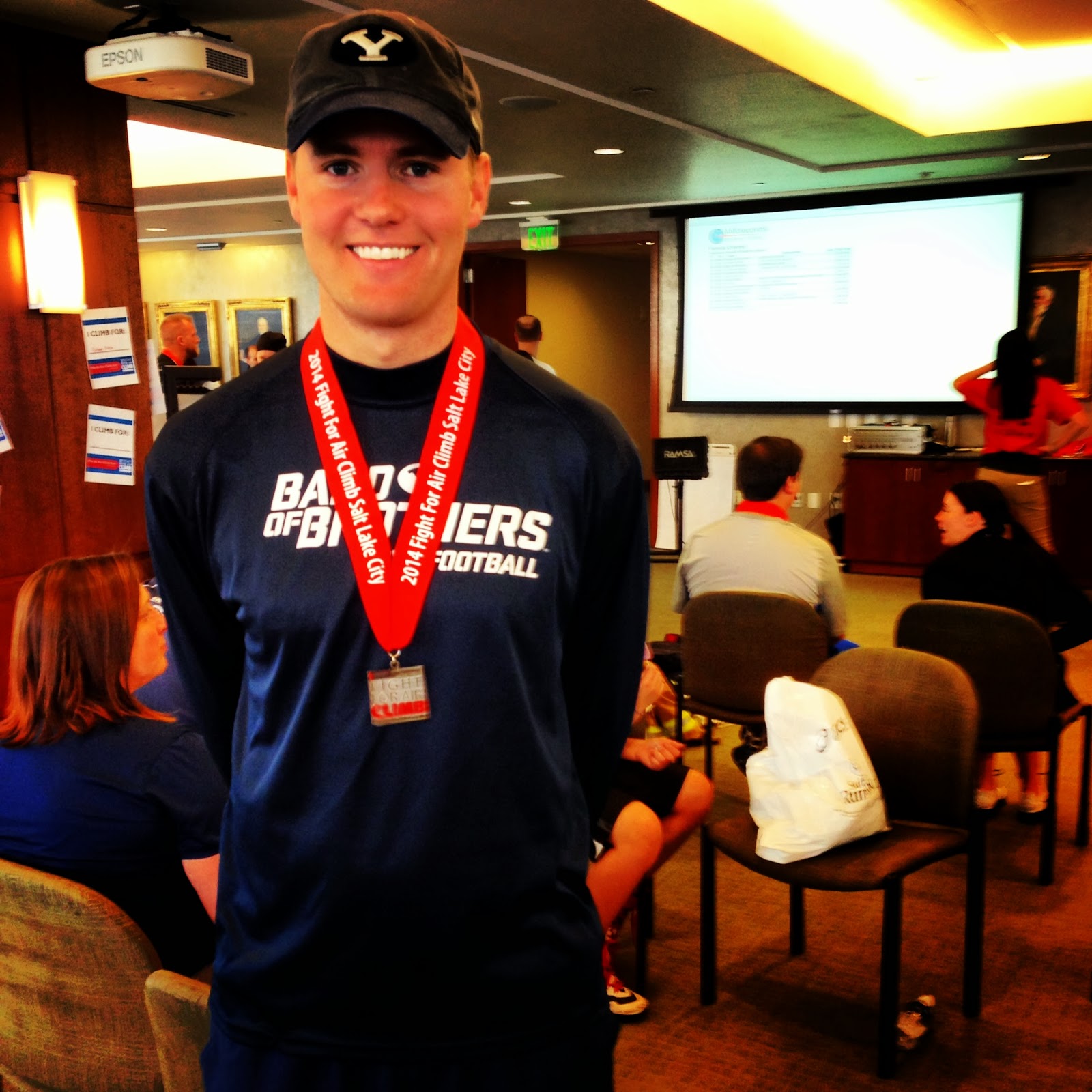 There was no prize for 3rd place but first place guy that ran in 2:06 won a pair of new running shoes of his choice from the local running store. 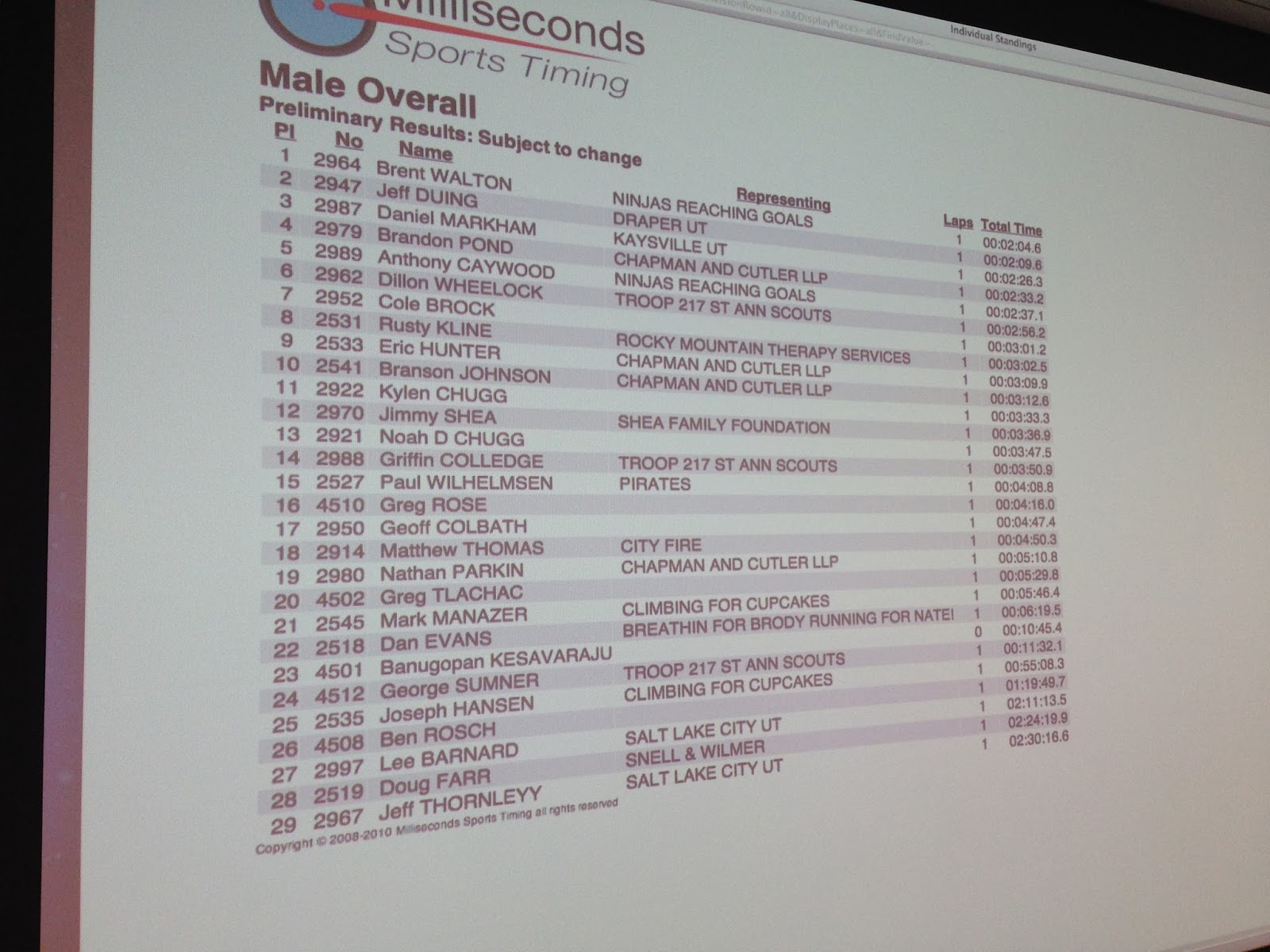 While I probably wouldn’t have signed up for this race since it isn’t at the tallest building in the state, I am motivated to sign up for next years race to try to get 1st.  Short races are very fun. Next year I will see if I can get some other friends and family to join, especially my 8 year old son...I think he would love it!
Posted by Lincoln