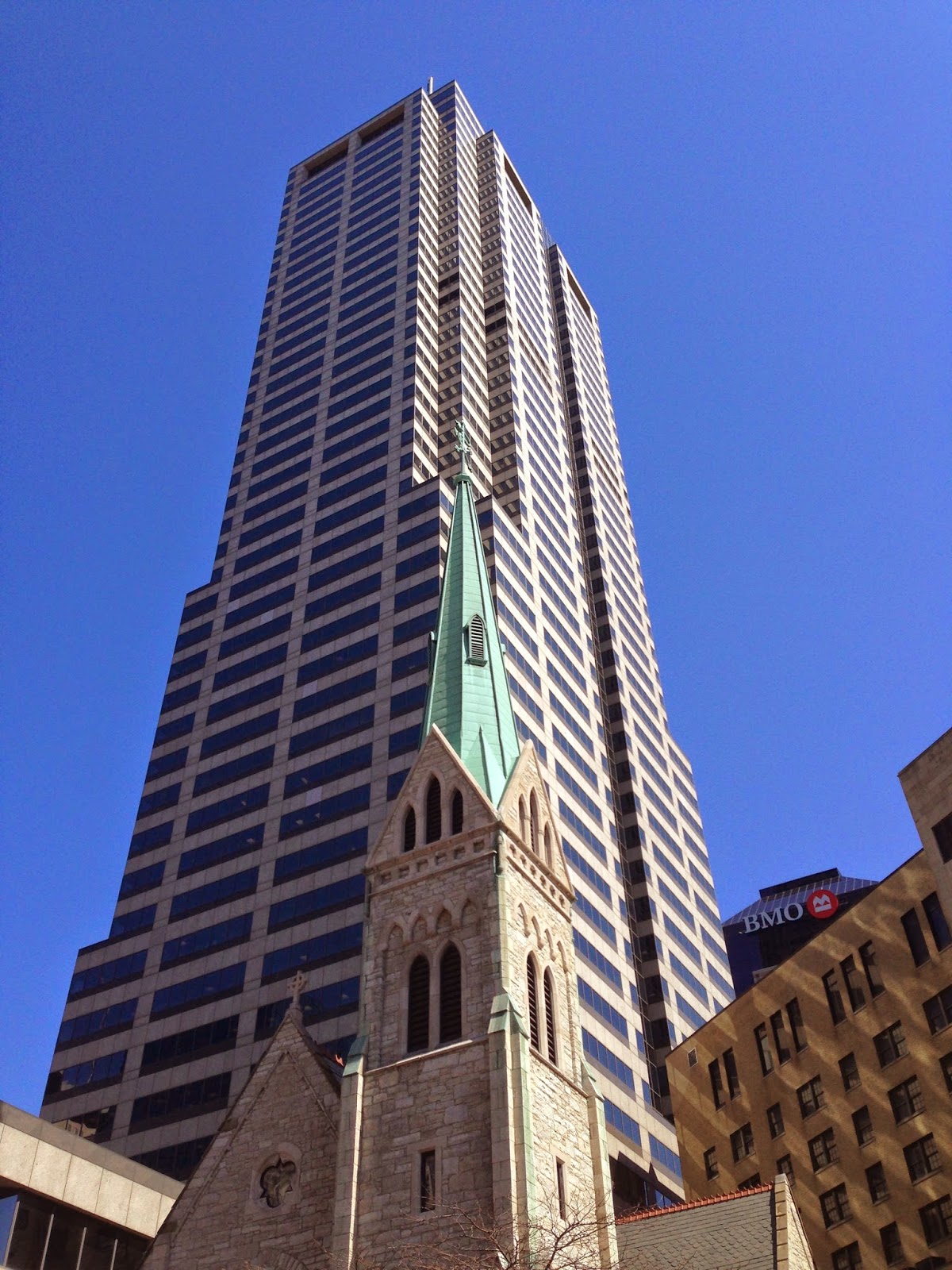 What a crazy four day stretch! In four days I have run the tallest building in Kentucky, Washington and Indiana. My meetings in Indianapolis ended at noon and my flight was at 5:30 pm. Some colleagues returned to the hotel to work out, some rushed to the airport to find an earlier flight, others began the three hour drive home, some headed for downtown to run the stairs of the tallest building in the state……well actually I guess I was the only one that did this. I did have another colleague with me who is on the same flight to Utah and needed a ride to the airport.

We drove into the city, found the Chase tower then searched for parking, which is not an easy task as it is scarce. This area of town is really beautiful. There is a giant war memorial behind Chase tower honoring the people from Kentucky who fought and died in the service of the United States. It is hard to notice the scale of this memorial in a picture unless you look at the people standing by the door to the gift shop at the base of the tower. This crazy goal of mine takes me to places I otherwise would never go to.

My colleague Derek and I entered the building and he politely said he would wait at the paradise bakery in the building while I did my thing.

I took the escalator to the public second floor and made my way to the stairwell. The door was unlocked and when I entered it appears there was a gate to not allow people up but it was taken off permanently and the stairwell was clear to run up. Considering Derek was waiting for me and the stairs were right there I hit the bathroom to change clothes, dropped off my backpack with Derek and began the run. My legs were pretty sore from going down all of the stairs in Kentucky two days before so I maintained a steady pace. It was nice to make it to the top in 9 minutes 45 seconds feeling like I had a great workout but not as winded as usual. 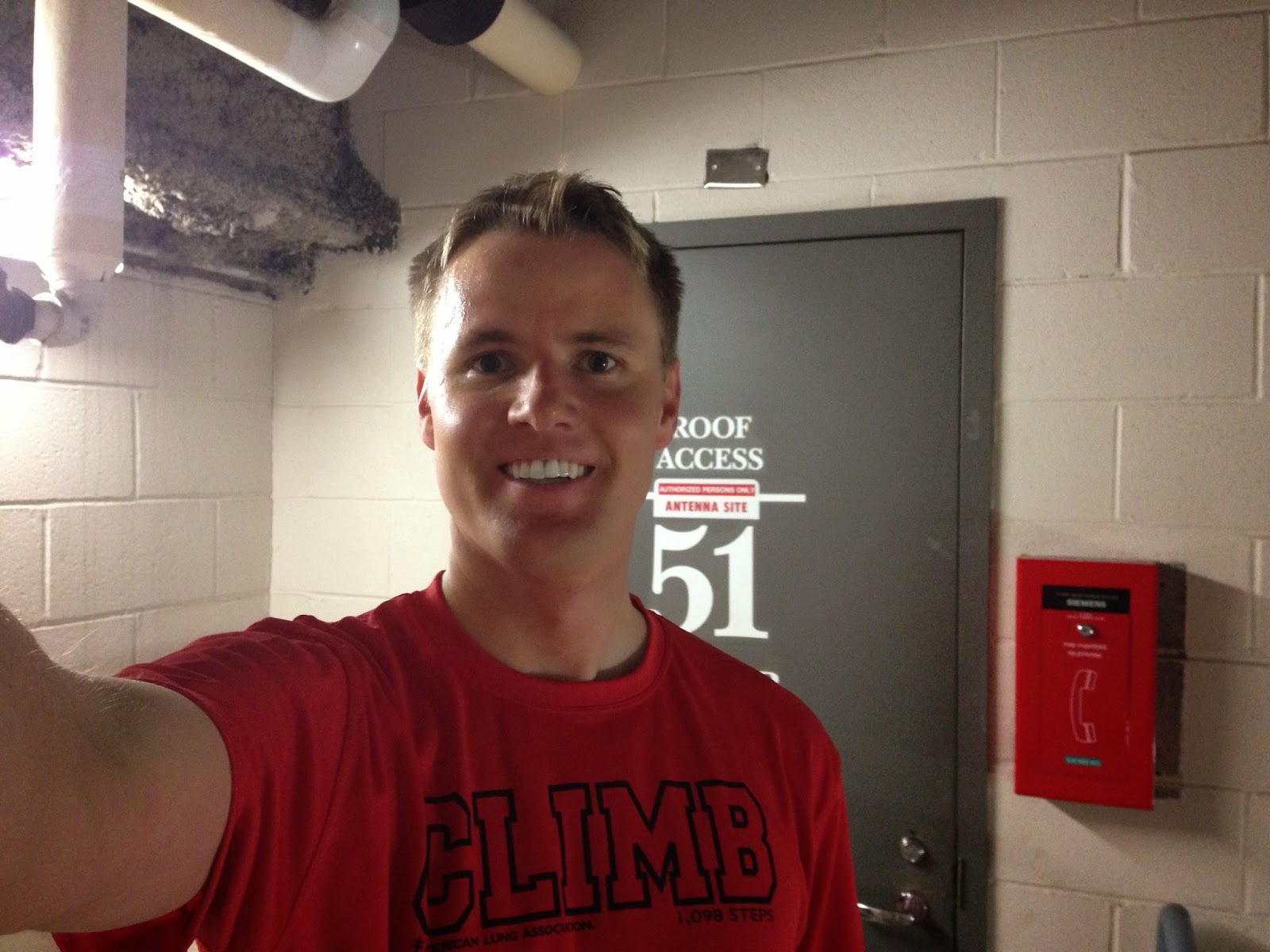 It is interesting how going up the stairs I skip a stair every step I take. Going down I hit every step so I don’t fall and get hurt. It makes my muscles more sore and also seems to take longer since I am taking double the steps. 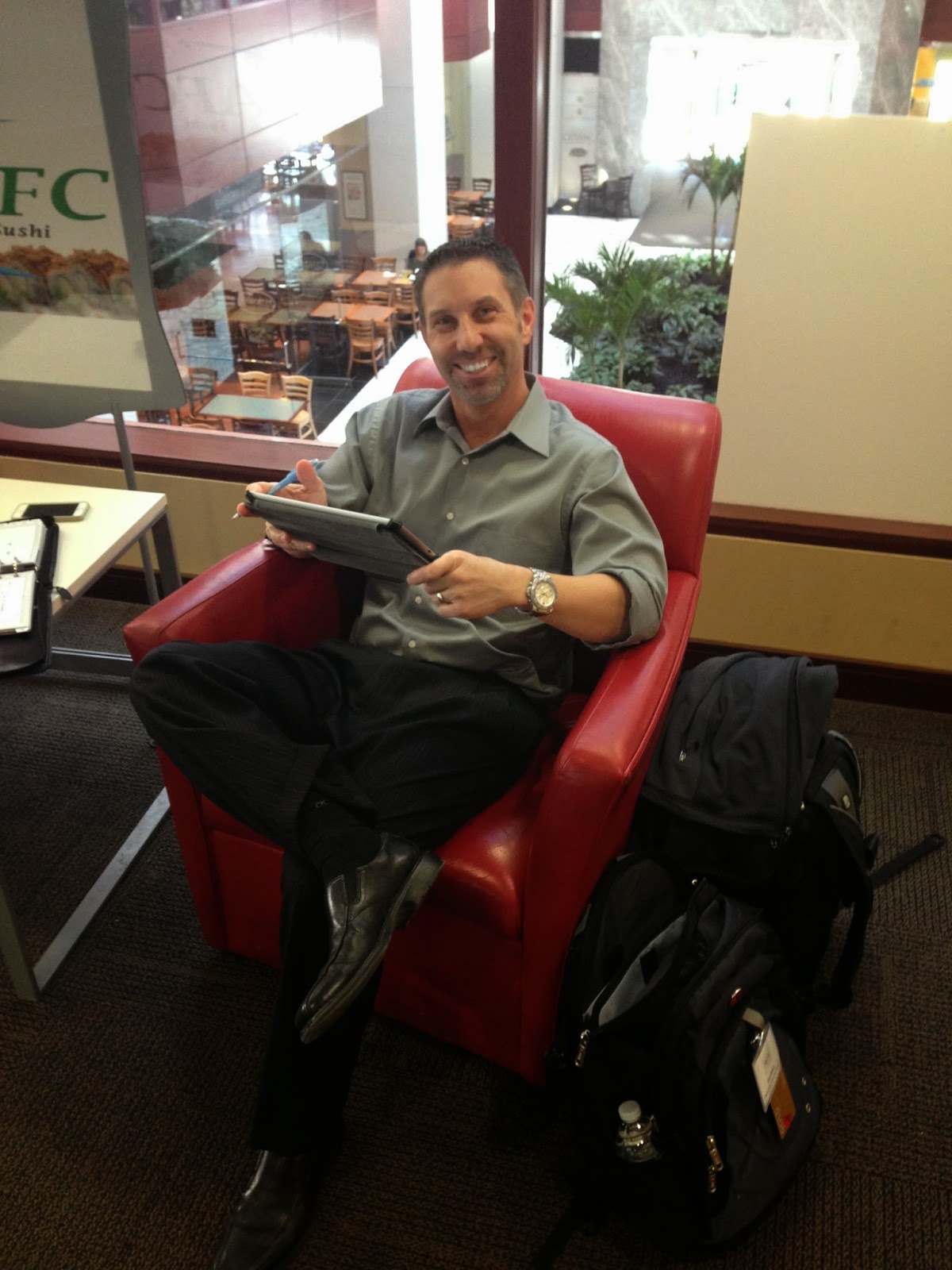 Derek was so patient and was also surprised at how fast of a workout it was. I was back so fast he didn't get much work done while I was gone. I changed my clothes and Derek and I walked down the street to eat some good lunch at Mccormick and Schmick's before going to the airport for our flight home.

I didn’t expect to cross this building off my list on this trip so it was a nice surprise. When I made a vision board last October my goal for the end of 2015 was to have my total states run to be 13. I have now done this goal with many months to spare. Like I have said all along I don’t have an end date in mind for when I run all 50 states but the progress so far has been encouraging and I know I am getting stronger.
Posted by Lincoln