It’s been quite the travelling weekend for me. Sunday morning I ran the stairs of the tallest building in Washington. I flew home to spend the afternoon-evening with my family then at 6:00 am flew to Minnesota for a layover, then flew to Indianapolis for some work training taking place Tuesday and Wednesday. Monday afternoon I was able to take my work calls in the car and drive to Louisville. This meant I had been in 5 states in two days.

The landscape driving through Indiana was quite flat with many fields and old barns. It seemed like one our out of every four billboards were about some caverns in Kentucky that feature the world’s only indoor zip lines. I will admit I was tempted to make the detour to give this a try. 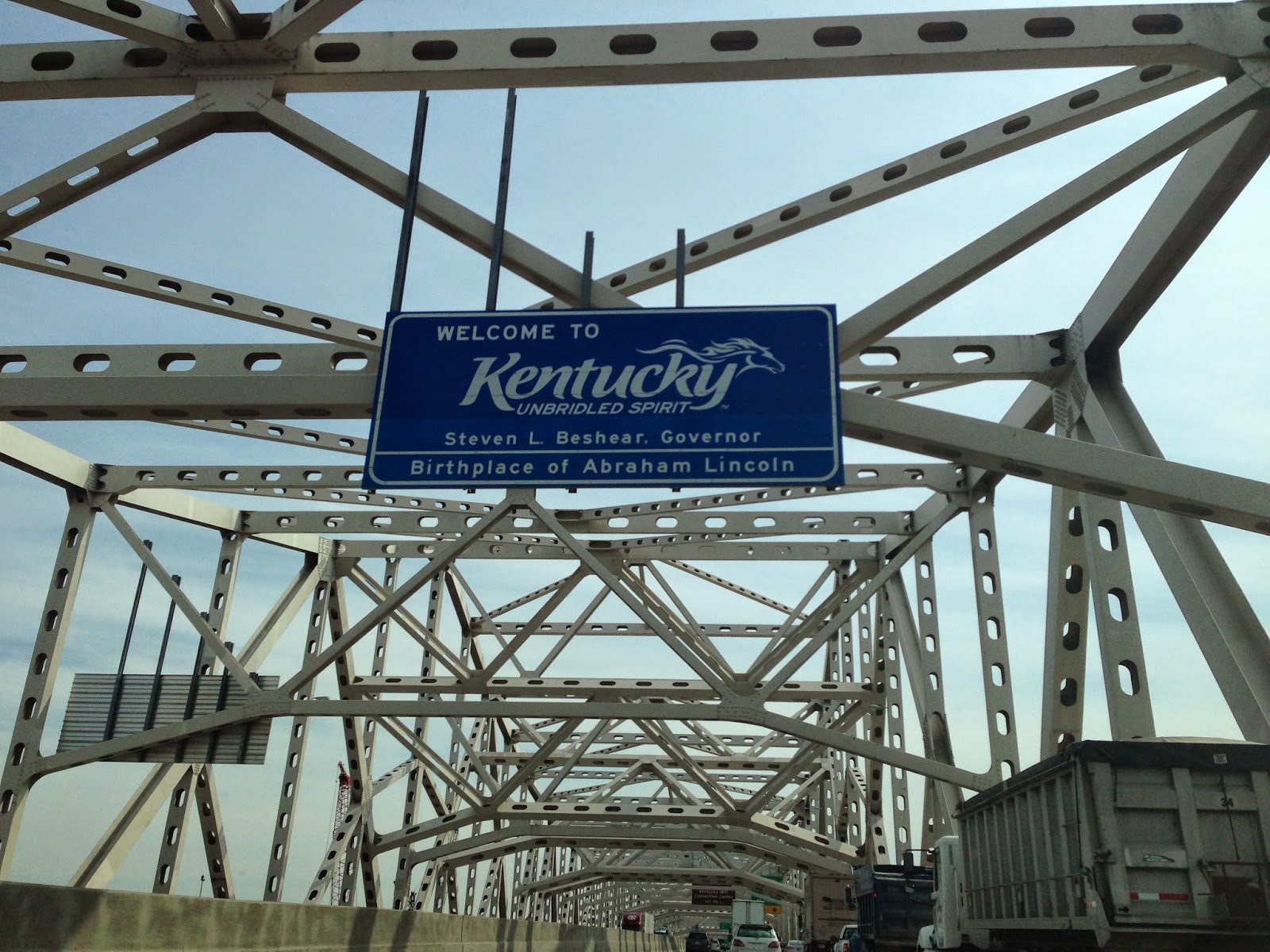 I wanted to snap a picture of the “Welcome to Kentucky” sign so I kept my phone handy and paid close attention to the posted signs. Funny thing is I could have benefitted from looking on a map to get a general idea of how far south of Indianapolis the border is. Turns out the border is the Ohio River that runs through the city of Louisville and was on the final two miles of my drive. I pulled my camera up no less than 7 times on the near two hour drive…..I’m pretty smart. 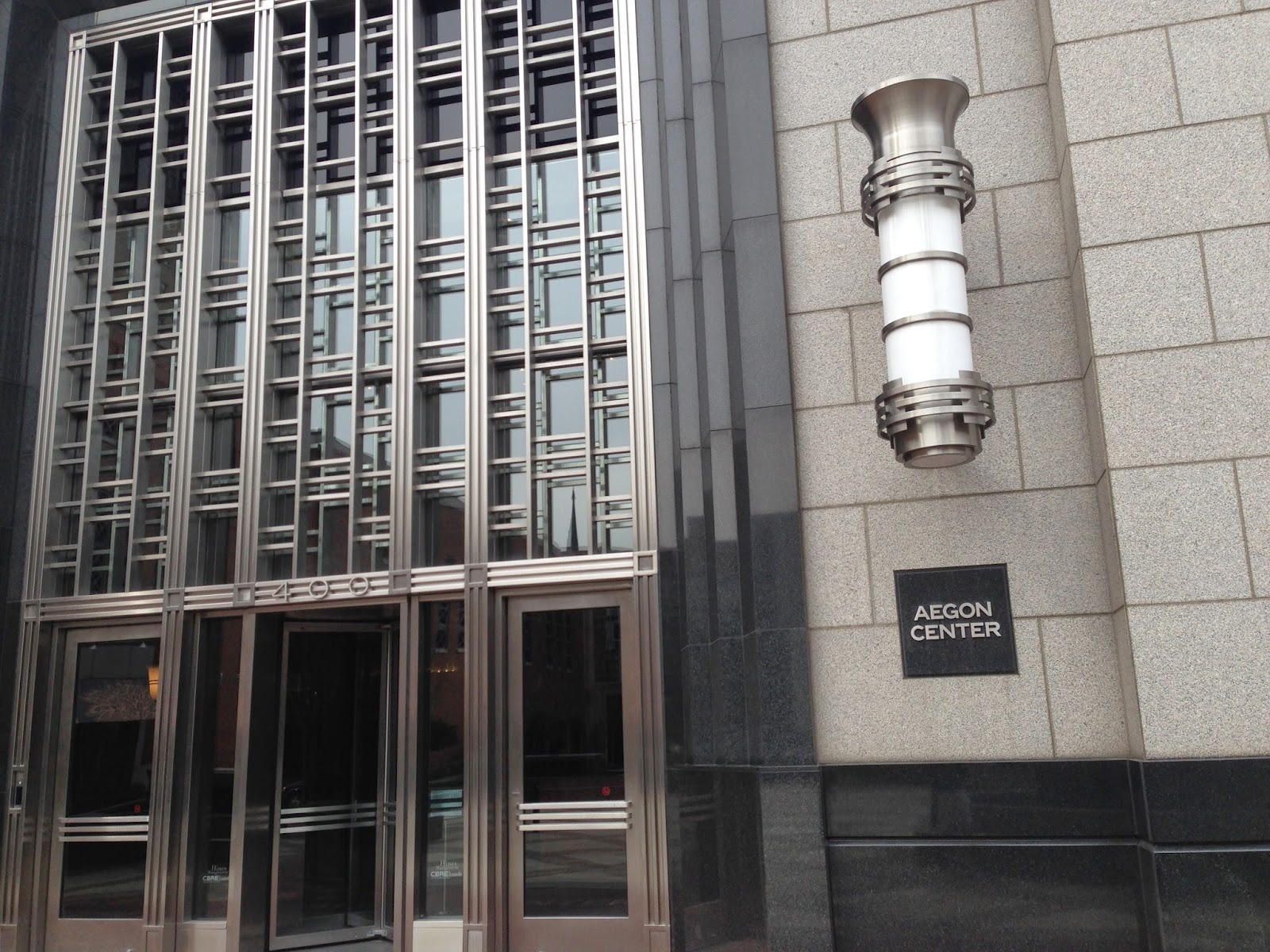 The Aegon Center is only 35 floors tall and 539 feet tall so it is nearly half the size of the building in Seattle I climbed the day before. I entered and did my usual process of asking security where the property manager’s office is so I could ask him my strange request. The security guard told me he is on the 24th floor and I could go up there but be prepared that he will tell me no. That sounded good to me! I’m in sales so I am used to hearing no, or meeting with people who are at first not happy to be meeting with me.

There were two things I noticed on my way up to the office, first, there is no key card required to go from floor to floor on the elevator. Second, once on the floor the stairwell is easily accessible. Some buildings the stairwell isn’t accessible on the public floors so the only way to get in is to take the elevator up, enter the stairwell and then go down to the bottom to then start the climb. Buildings like the Aegon Center are nice when I want to run the stairs without going through the approval process.

I entered the property manager’s office and met a very nice receptionist. The property manager was unavailable in his office so I waited in a chair and noticed a very cool chess board with buildings as the pieces. I asked about this and learned it was a gift for her 20 year anniversary with the company. I asked why it wasn’t at home and I guess she has cats that would eat up all the pieces…..one more reason why I will never have a cat. 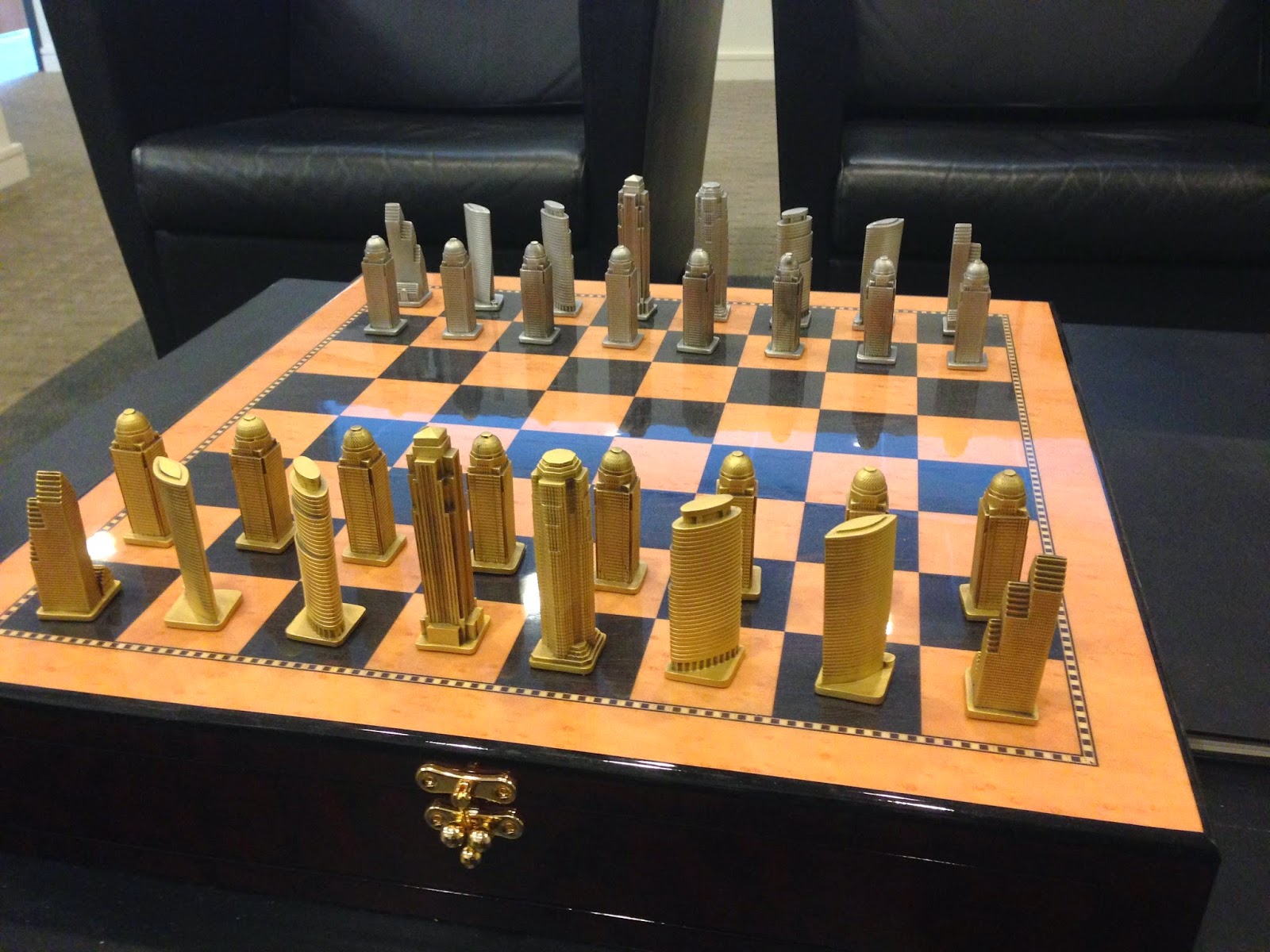 Many of these property managers are in a tough spot when it comes to my request. If they officially allow it then what happens if I fall down the stairs and get injured or I do something damaging to the building? They obviously think about the insurance consequences and I understand that. Speaking to them is the right thing to do in most buildings so I am happy when I am able to have this conversation before I run. I will not detail all of my conversations in the office only to say I did not get a no like the security guard thought may happen….but I also didn’t get an 'official' yes. 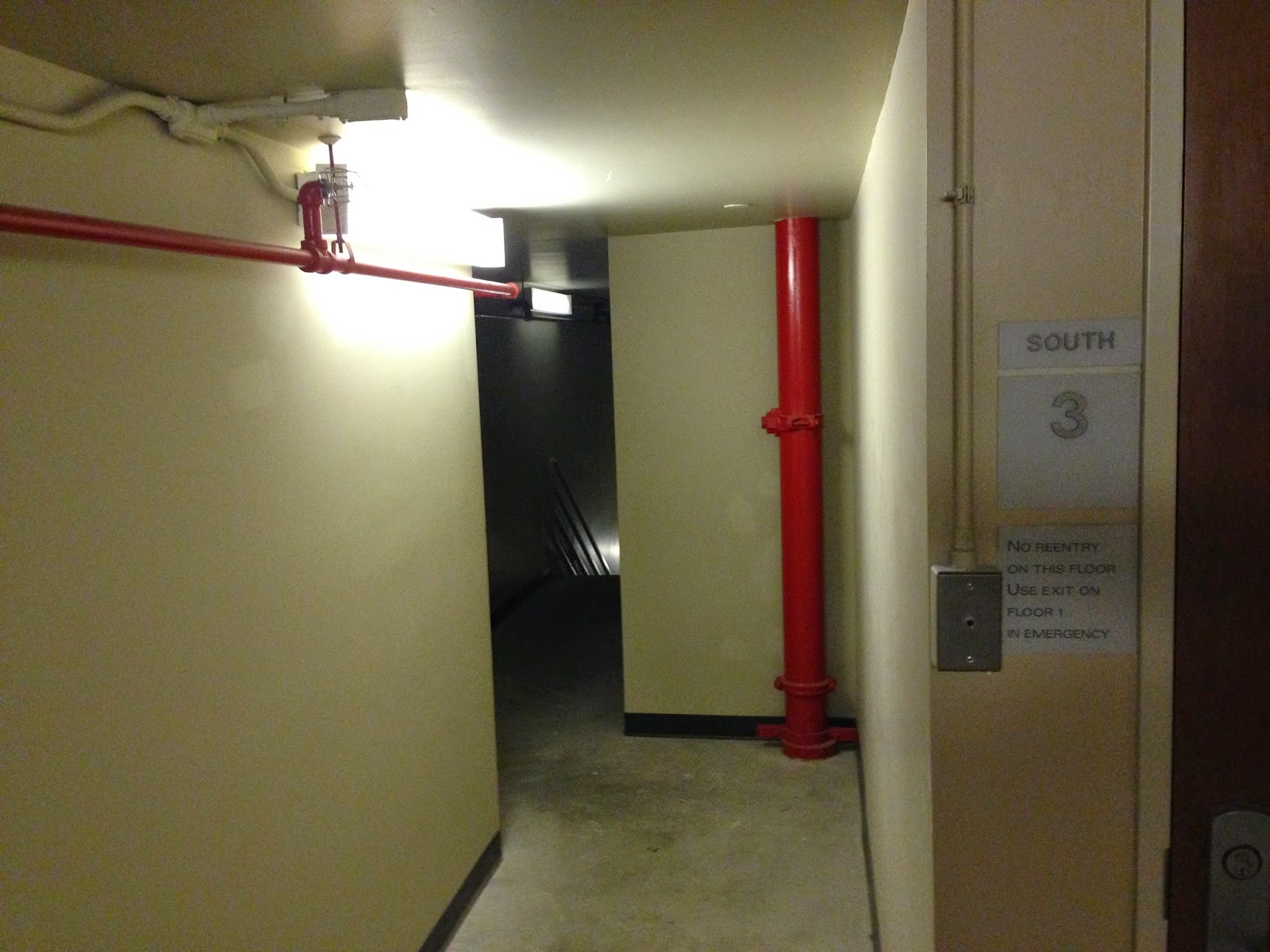 I went down to the third floor, changed my clothes in the bathroom and hit the stairwell. I dropped down to ground level and 6 minutes 35 seconds later I was at the door to the roof on the 35th floor (there was no floor 13). 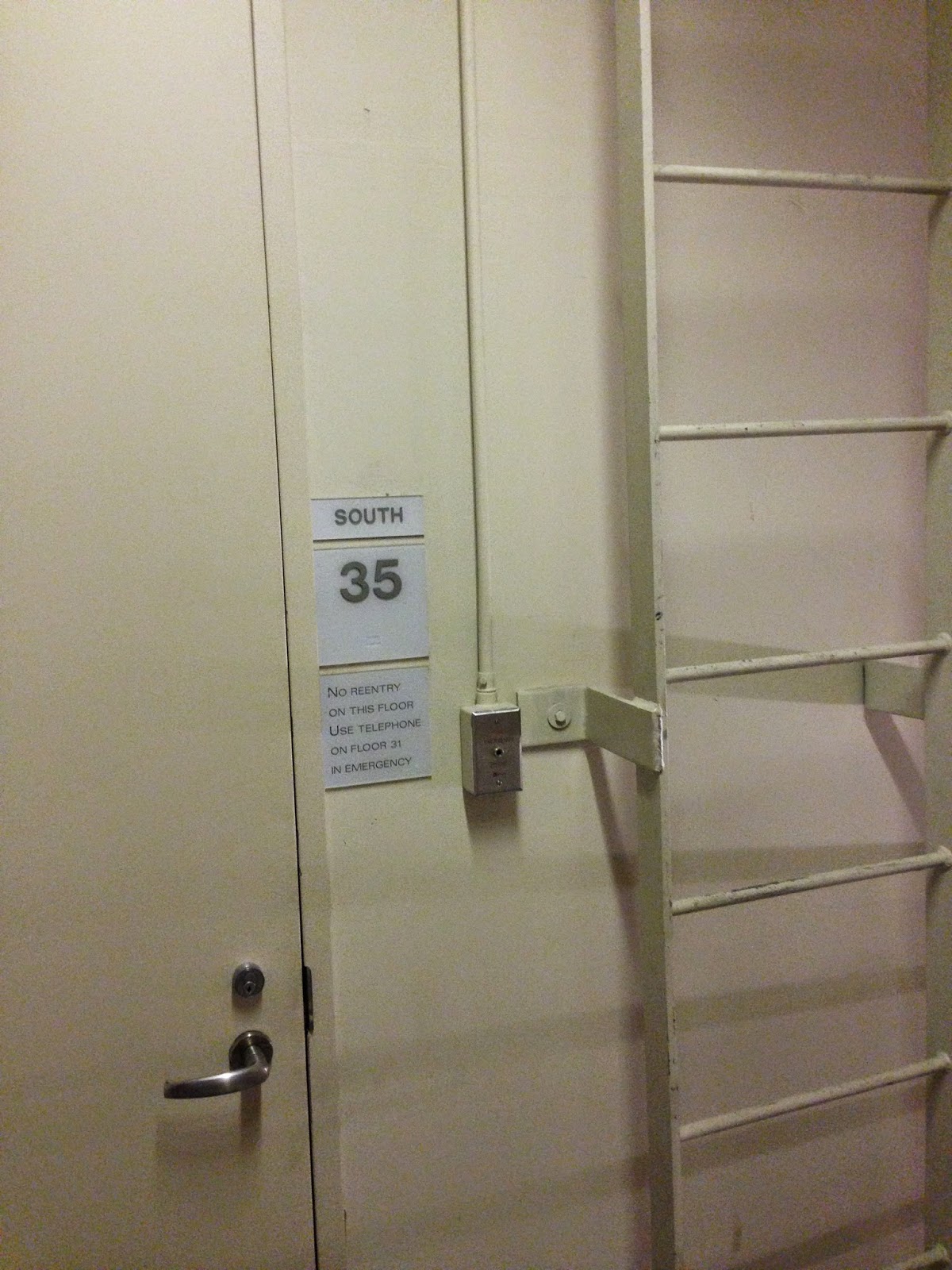 I was thrilled to have another state off my list. Even though I ran a large race the prior day I was not tired and maintained a good pace on the way up. I took the steps back down to the ground level and exited to the street. 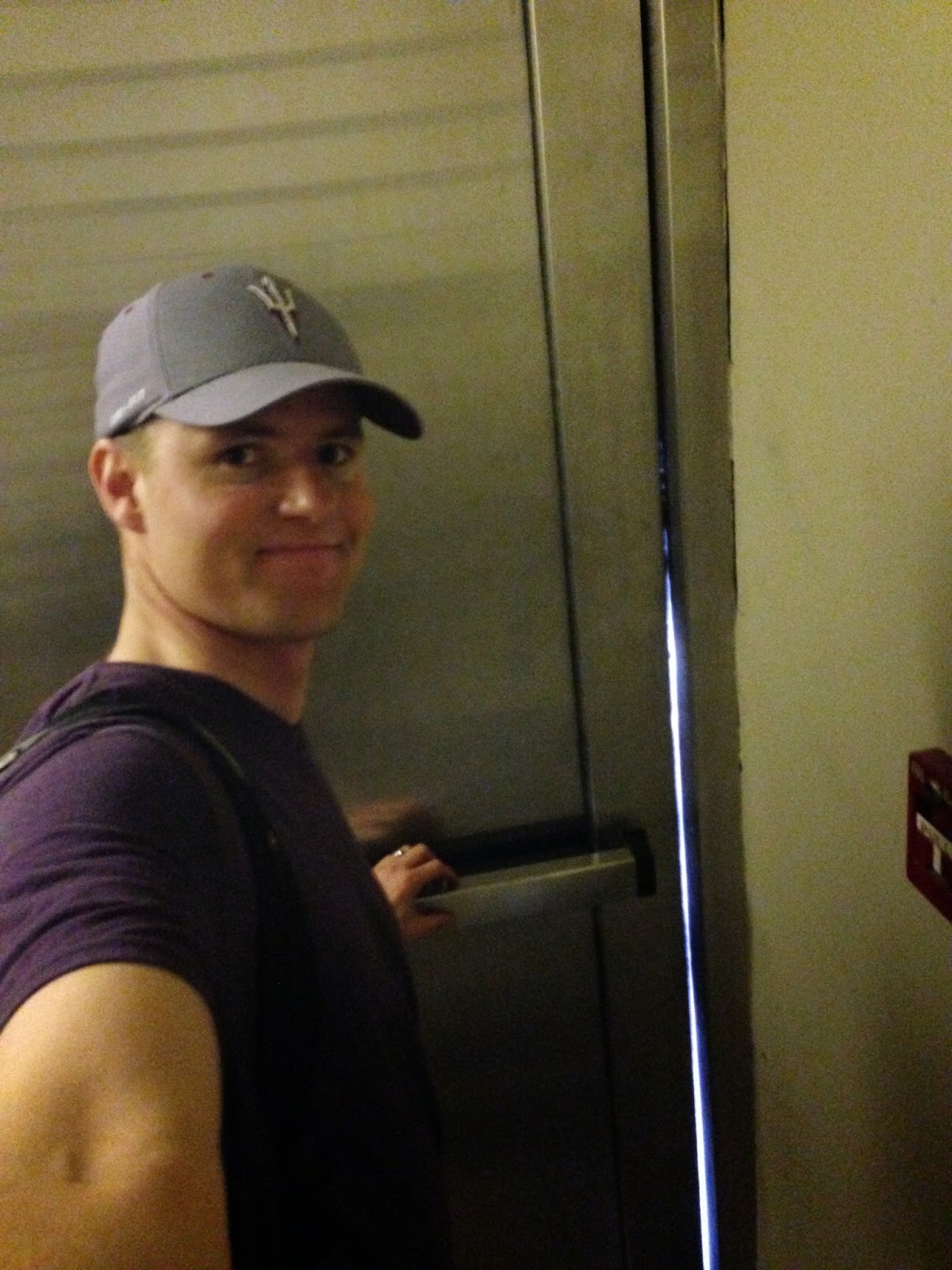 Once in the car and driving down the street I passed by the KFC YUM Center where the Louisville basketball team plays. Basketball is a big deal in this state and it turns out University of Kentucky and Louisville are playing against each other on Friday in the sweet sixteen of men’s NCAA basketball tournament. The locals are really excited for this game and the rivalry is pretty heated among them. 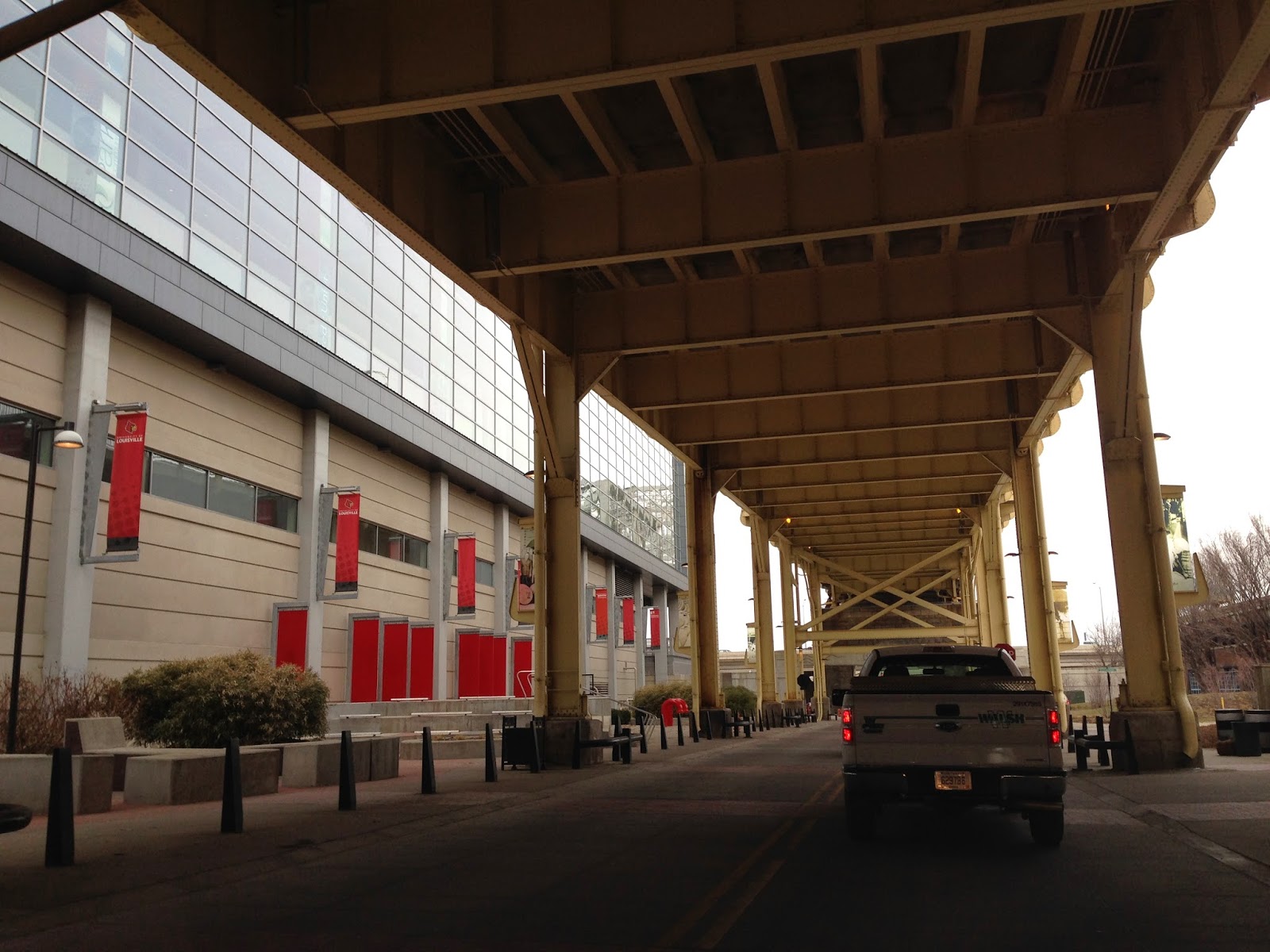 I made the two hour drive to my hotel in Indianapolis in time to do some computer work and go to dinner with my colleagues. 12 states down 38 more to go!
Posted by Lincoln