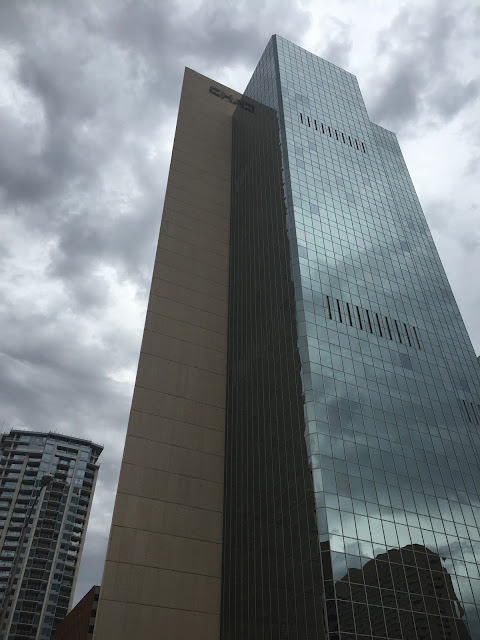 Chase Tower at 40 stories and 483 feet tall is the tallest building in the state of Arizona. Downtown Phoenix is in the flight path for Sky Harbor airport so they have an ordinance on how tall buildings can be downtown.

I visit Phoenix each month for work and yet it has taken me three years to finally get in this stairwell to run to the top. I tried three times unsuccessfully to speak to the property manager of the building. He took my business card once and I left him a couple of voicemail messages and he never called me back to talk about it. I figured that was plenty of due diligence on my part and it was time to just go in, find the stairwell and run up it.
Chase tower is downtown with a parking garage across the street. There is an underground tunnel connecting parking to the building. The tunnel is lit up in blue lights and then leads to a spacious open lobby area. There are three security guards at the table to the entrance. When I scouted the building on previous visits I noticed the main stairwell is locked with an alarm sign on it. There are three different elevator sections that go to different floor groupings in the building. 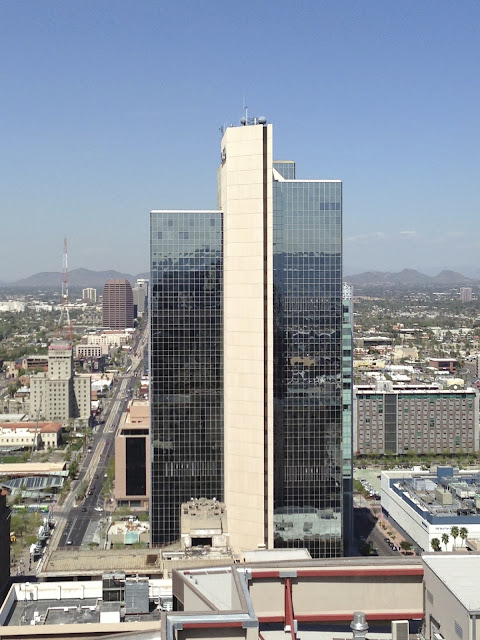 This day I had just finished with some customer visits for work and was in my business clothes with three hours until my flight. I went to the second floor and wondered over to where the main concrete tower stairwell would be. There was a small break room and then the stairwell entrance. I walked into the hot stairwell and was happy to see that I made it. I walked down to the main floor level to start my run and noticed there is a security camera and doors that would certainly alarm if I exited out of them. 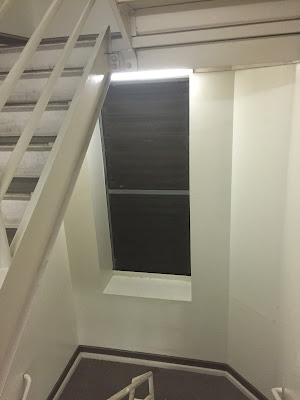 I noticed a small sign near each door as I started the run up to the top. In my brief glance at the sign I thought it said I could exit any floor except the bottom floor would sound an alarm. That was fine with me and began my run up the stairwell. If you look on the outside of the concrete portion of Chase tower you’ll notice a black strip running up it. Turns out that is a vented area that runs up the stairwell.  When it is over 100 degrees outside that stairwell sure heats up! 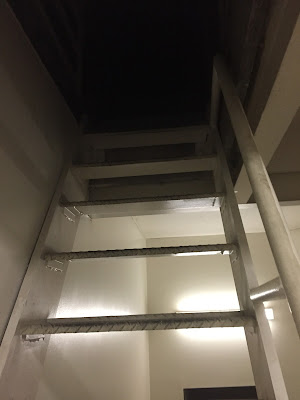 I made it up to the 40th floor and saw a small built in ladder going up to a cave like area that houses some HVAC pipes. I climbed up the ladder just so I could show I made it to the top but quickly climbed down to the main stairwell. 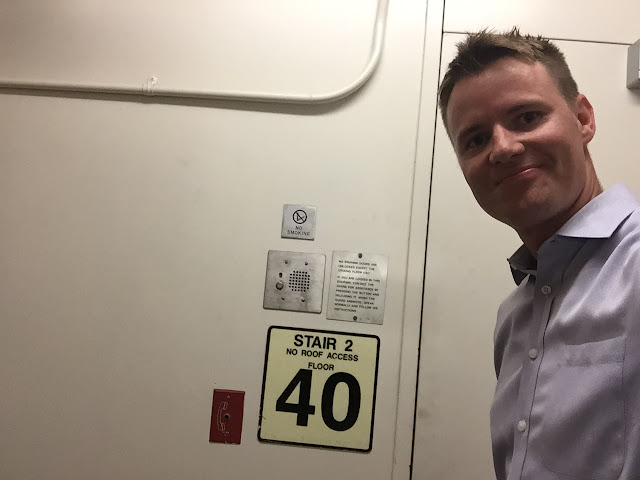 It took me 8 minutes 6 seconds to make it up in my business clothes. Not bad. As I caught my breath I took a minute to read the sign by each door a bit closer. 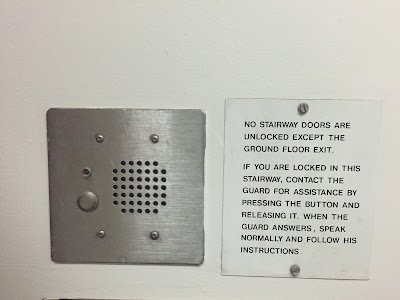 It is clear by the sign that I only had three options out. 1) Walk down and go out the only unlocked door and set off an alarm. 2) Push the intercom and have security come save me. 3) Stand there all day until someone entered the stairwell.

I chose option number 2. I decided to call them from the 2nd floor so I made my way down the stairs. On the 22nd floor I heard people just outside the stairwell door talking and waiting for an elevator. I knocked hard on the door and made some noises to see if they would open the door for me. They didn’t do anything about my knocking so I laughed at how silly I looked and continued down.

I finally made it to the 2nd floor and took a minute to catch my breath and wipe the sweat off my face. I pushed the intercom button and told security “Hey, it appears I’ve locked myself in the stairwell on the second floor, any chance you can come get me out of here?” He told me he was on his way and I waited a bit nervously. I didn’t really know what to expect. Was I going to get an interview of who I was and why I was there? I would be honest as I wasn’t breaking any posted rules but I would prefer to just get out of there without having to go through an interview. 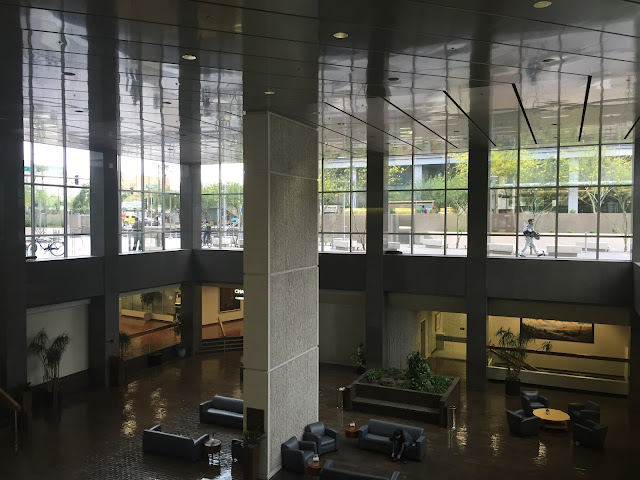 The door opened and I saw a man in his mid-20’s. I started the conversation with a smile “wow thanks! I stepped in here to get a little break and exercise and locked myself in.” before he could respond I quickly kept talking and changed the subject to show I didn’t think it was a big deal I was in there “How is your day going?” We were walking toward the elevator and he says “Long and BORING! NOTHING going on at all today, can’t wait to get out of here.” I’m thinking to myself, well there is some random dude running your stairs, that is something that is going on. At that point I knew he didn’t care at all about sweaty old business man stuck in the stairwell and we made some nice small talk about college and some other things about his day. 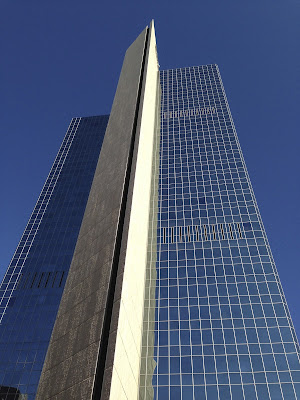 I walked out of the elevator and out to the parking garage and was thrilled to have my 18th state checked off my list, each one has been an adventure. I travel a lot for work and spend a lot of time on my own so little moments like the one with this security guard give me a good laugh. On to the next!
Posted by Lincoln